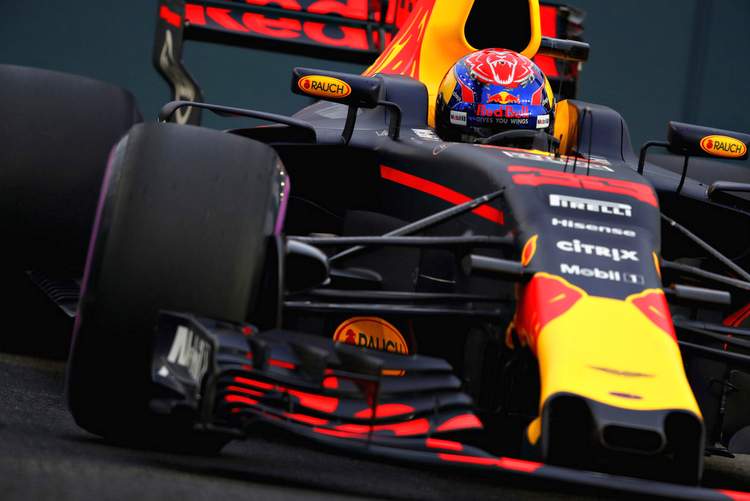 Max Verstappen topped the timing screens at the end of the third and final free practice session of the Singapore Grand Prix weekend, suggesting that Red Bull have a shot at pole position, perhaps even the entire front row, on a track where a top spot start is vital.

Verstappen’s best lap time of 1:41.829 was fractionally faster than Sebatsian Vettel in the Ferrari, and a tenth and a half up on Mercedes’ Lewis Hamilton – the title contenders squaring up nicely for an intriguing qualifying and race.

In the wake of their divorce Fernando Alonso and Stoffel Vandoorne enjoyed one of their best practice peformances as they ended the one hour session fourth and fifth respectively, the Spaniard half a second down on the benchmark time.

After dominating on Friday, Daniel Ricciardo was again on it early on, but his session was marred when he smacked the wall hard with his Red Bull. He was sixth fastest in the end, but will still be confident ahead of qualifying as his best lap time from the previous day remained unbeaten.

Nico Hulkenberg showed handy pace in the Renault to finish seventh quickest, ahead of Mercedes driver Valtteri Bottas who was eighth in his Mercedes and Kimi Raikkonen ninth in the Ferrari. The two Finn’s over a half second down on their respective teammates.

Sergio Perez rounded out the top ten in the Force India, a tenth faster than his teammate Esteban Ocon who was eleventh.

Half an hour into the session Marcus Ericsson spun coming out of Turn 18 and slammed the wall with the rear end of his Sauber, this triggered a red flag period and will have the Sauber mechanics toiling hard to get his car ready.

Qualifying should be an enthralling contest, interesting to see if Red Bull have the firepower to beat Ferrari and Mercedes when they turn up the wick. 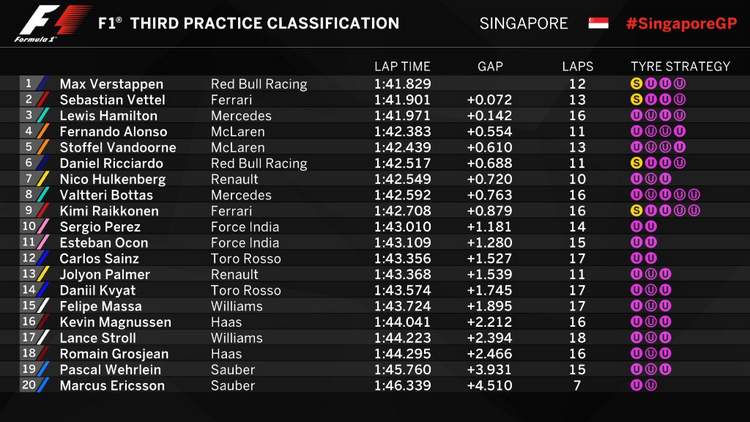