Hamilton: We knew coming here it would be difficult 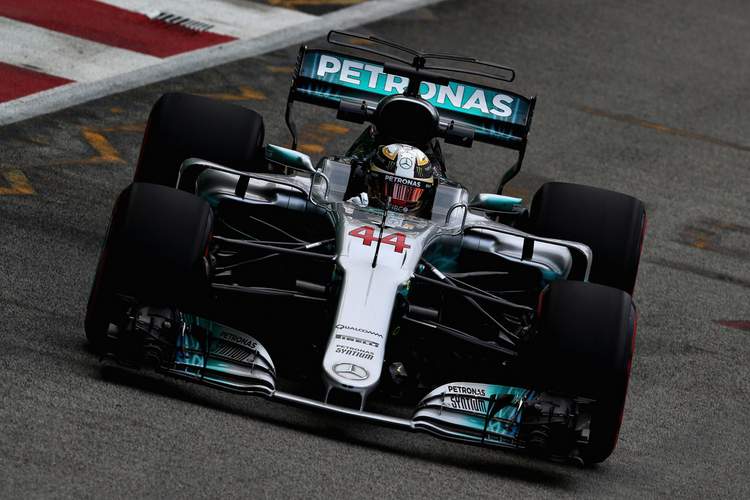 Breaking the all time Formula 1 pole position record, at Monza two weeks ago, must seem a distant memory for Lewis Hamilton as he struggled to get his Mercedes up to pace in qualifying for the Singapore Grand Prix on a track he knew would be a tough for his team.

Speaking after qualifying fifth, while his title rival Sebastian Vettel powered to pole, Hamilton said, “We knew coming here it would be difficult. Every year it’s been difficult for us generally.”

Ferrari found good pace, as expected, and in the end Hamilton was 0.635 of a second adrift off Vettel’s pole winning effort. The pendulum has swung once again away from the Silver Arrows to the Reds.

Hamilton added, “We remain hopeful. I got everything I could out of the car. I gave it everything and more. I threw the sink at it and squeezed every bit of it.

“I don’t know where Ferrari have picked up that pace. We have some races coming up where I think we’ll be strong,” concluded Hamilton who leads the championship by three points from Vettel. The Briton will have to work hard to limit the damage in the race.

Big Question: Can Lewis bounce back and take the fight to Seb?