Abiteboul: Red Bull to define what’s best for them 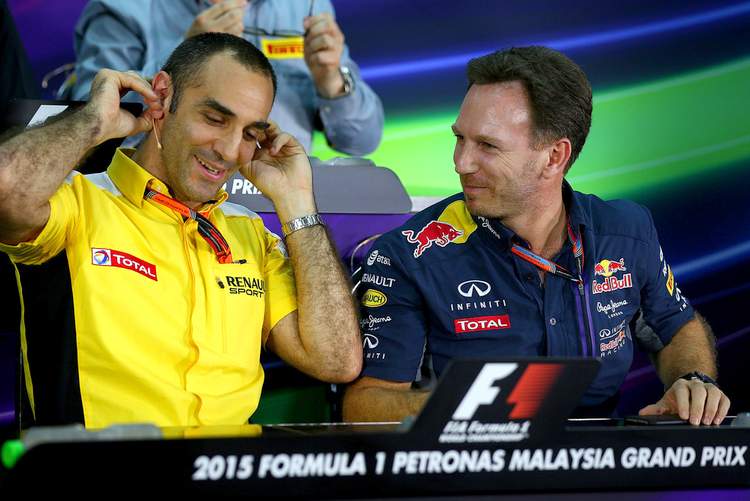 Both Renault and Red Bull have described as “speculation” reports that they will be ending their Formula 1 engine partnership after next season.

The pair won four consecutive drivers’ and constructors’ titles together at the turn of the decade but the relationship has been fractious since a new 1.6 litre V6 turbo hybrid power unit was introduced in 2014.

Renault’s engines have proved less competitive than those of rivals Mercedes and Ferrari, bringing the pair to the brink of a divorce that was only averted when Red Bull failed to find an alternative supply.

“We will have a TAG Heuer Renault-provided engine and that will be the case for next year,” Red Bull principal Christian Horner told reporters on Friday after McLaren and Renault announced a new three-year partnership.

”Anything beyond that is speculation, conjecture, and there will be all kinds of rumours, I’m sure, between now and then,” the Briton added.

With Honda leaving McLaren for Red Bull-owned Toro Rosso, that deal allows Red Bull to evaluate the Japanese manufacturer’s performance next season with a view to subsequently using their engines too.

The BBC, citing multiple sources, and Sky Sports television have both reported that Renault had told Red Bull the company no longer wanted to supply the team after 2018.

Should Renault decide not to supply Red Bull after next year, the team owned by Austrian energy drinks billionaire Dietrich Mateschitz would have no choice but to run Honda power in 2019.

That could make it hard for them to hang on to their race-winning drivers Daniel Ricciardo and Max Verstappen.

“It’s down to us to produce a good car, be competitive and then, of course, why would the drivers want to be anywhere else?” said Horner.

Formula 1’s current engine rules run to 2020, after which new suppliers could come in.

Red Bull are already connected to sportscar maker Aston Martin, with whom they are developing a road car. The Formula One cars also carry some branding for the marque.

Big Question: Are Red Bull and Renault heading for a split?