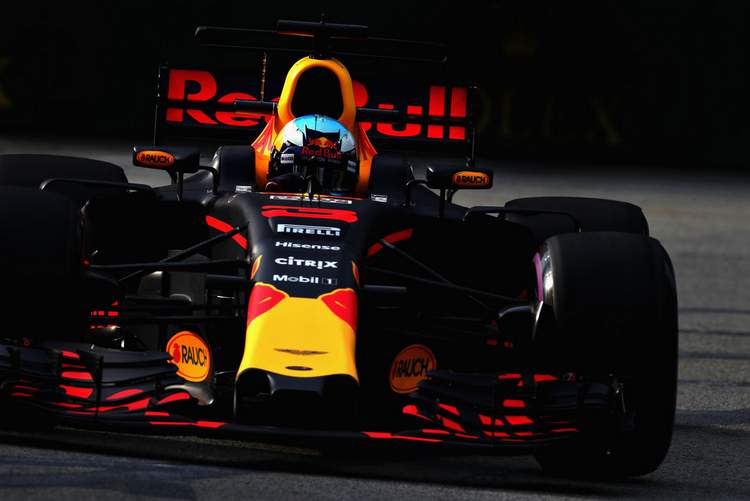 Daniel Ricciardo put on a dazzling display under the floodlights to go fastest ahead of team mate Max Verstappen, as Red Bull laid down a marker on the opening day of Singapore Grand Prix practice on Friday.

The Australian, who had also gone fastest during Friday´s opening 90-minute session with a record lap time, ended the day with an even quicker one minute 40.852 second lap in the evening.

That was over 0.556 seconds faster than Verstappen´s best.

“I´m sure it will tighten up tomorrow but I still expect we will be able to stay where we are,” said Ricciardo, who has finished second in Singapore for the past two years with the fastest race lap on both occasions.

Formula One championship leader Lewis Hamilton, who is seeking his third successive victory, was third quickest ahead of Mercedes team mate Valtteri Bottas.

The pair were fourth and sixth, respectively, in the evening.

The Briton, who seized the overall lead from Sebastian Vettel after leading Bottas to a one-two finish in Monza, is expecting a less straightforward weekend in Singapore.

The venue´s tight twists are expected to play to Ferrari and Red Bull´s strengths but while the Milton Keynes-based squad shone on Friday, their Italian rivals were more inconspicuous.

Kimi Raikkonen, seventh in the evening, ended they day as the fastest Ferrari in ninth. Sebastian Vettel, second in the opening session, was only 11th.

“Here, what I´ve seen today, Red Bull is outstanding, in the long runs they are one second quicker so they are really doing an incredible performance at the moment. For some reason Ferrari are slower, I don´t know why.”

Vettel hinted at the Ferrari’s potential speed when he briefly lit up the timing screens with the fastest first sector, but he aborted that lap after running into traffic and later nudging the wall. He then decided to focus on long-run race simulations.

Sergio Perez was eighth-quickest for Force India with team mate Esteban Ocon rounding out the top 10.

McLaren and power-unit supplier Honda confirmed their split ahead of the session, ending Formula One´s long-running engine saga and allowing the spotlight to return to the on-track action.
The Woking-based team will switch to Renault power starting next year with Red Bull-owned Toro Rosso picking up the Honda supply.

Several cars skimmed the barriers as they began pushing the limits of the track. But, other than a brief virtual safety car deployed to clear away an advertising hoarding that had fallen onto the track, the session was uneventful. 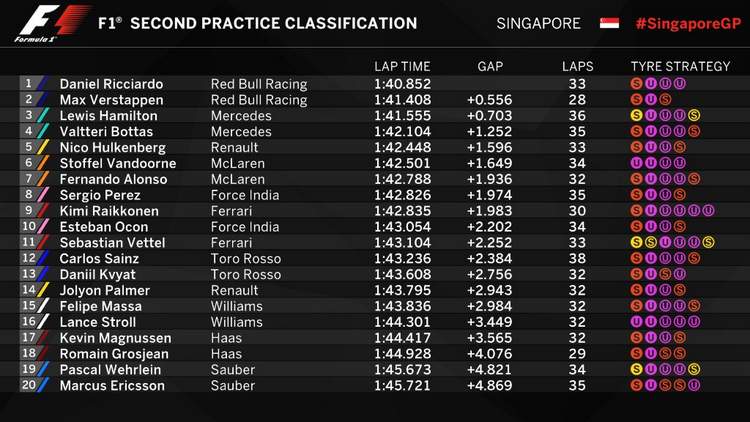