Sainz manager: Carlos with Renault in Malaysia is news to me 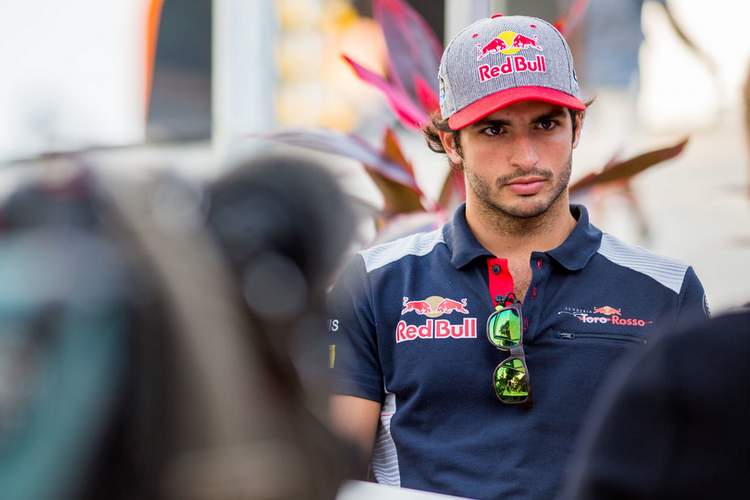 There has been much speculation this week that Carlos Sainz will be racing in Toro Rosso colours for a final time at the Singapore Grand Prix, with a move to Renault as from the race in Malaysia to replace Jolyon Palmer, but the deal is not yet inked and such a scenario is news to his manager.

Carlos Oñoro Sainz, Sainz’s manager and cousin, told GPUpdate, “I can confirm we are close to a deal with Renault, but at this moment nothing is signed yet. It is a matter of details, however, so we hope to come to an agreement very shortly for 2018.”

Palmer, who is enduring a tough season at Renault, is adamant that he is with Renault until the end of the season in Abu Dhabi.

He said at the drivers’ press conference on Thursday, “I said I’ve got seven races to do. I’ll be in Malaysia. I’ll be racing until Abu Dhabi. I’ve already said the same.”

Indeed Sainz’s manager says he is in the dark about the Malaysia switch,  “I’ve read the story that Carlos would race this season already, but this is completely new to me. We have not discussed this yet… maybe this is something between Red Bull and Renault, but I am not aware of a team change this season.”

Earlier this year there were reports that Sainz would drive for Renault at the Hungarian Grand Prix, in place of Palmer, but he did not.

Renault have had Sainz on their wishlist for some time now, and this latest development has come to pass amid complicated multi-party negotiations with the Spaniard said to have been the ‘sweetner’ for Renault to accept taking on McLaren as a customer and thus paving the way for Toro Rosso to become a Honda powered team.

Nevertheless Palmer insists he has a solid contract to complete the season with the French team and told reporters, ” I have a contract. I’ve got seven more races this year. There have been suggestions for the past 35 races that I might not be at the next one, or in the next few.”

“This is nothing new for me, it’s water off a duck’s back now. It’s the same, I think at probably most races this year it’s been the case and nothing has changed,” added Palmer who has yet to score a championship point so far this season.

Big Question: Does Jolyon deserve to be replaced by Carlos at Renault?