Horner: Anything after 2018 at the moment is speculation 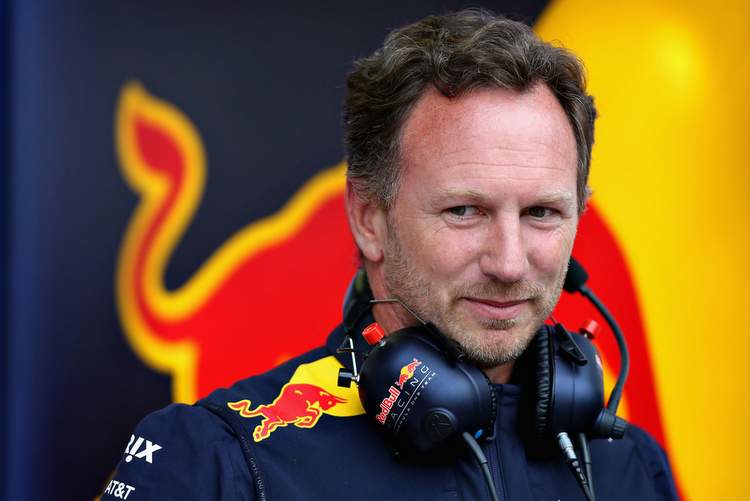 Red Bull boss Christian Horner said Renault’s hybrid engines had “always fallen short” as speculation grew that the French supplier was about to implement a shock divorce from the multiple world champions.

Horner slammed Formula One’s “frustrating” hybrid era, but he played down media reports suggesting Renault will walk away from Red Bull after next season.

“I think anything after 2018 at the moment is purely speculation,” the Red Bull team principal told the BBC ahead of the Singapore Grand Prix.

“We have got a contract in place for 2018. Anything after that is at this point in time just paddock rumour.”

The BBC, Sky Sports, Daily Mail and the Autosport.com website all reported that Renault was going to split with Red Bull after 2018, without naming sources.

The reports come as McLaren is expected to part ways with engine-maker Honda and go with Renault instead. Honda is tipped to hook up with Toro Rosso, Red Bull’s junior partner.

The related moves, if confirmed, could have wide implications for the cars’ competitiveness, and for their drivers.

Fernando Alonso is expected to stay at McLaren if they ditch Honda, while Daniel Ricciardo and Max Verstappen may want out of Red Bull if the Japanese engine-maker comes on board.

Honda has struggled to get to grips with the part-electric, part-petrol engines since returning to the sport in 2015, while Red Bull and Renault have long been at odds during the hybrid era.

The Austrian team and French engine-maker won four drivers’ and constructors’ world titles from 2010 to 2013, but they have since fallen behind Mercedes and Ferrari in the pecking order.

“We just want to be in a competitive position so I think these hybrid regulations have been quite frustrating in many, many respects,” Horner said.

“We have always fallen short in that area. For us the most important thing is to try and get ourselves into a competitive position between now and the end of these engine regulations [in 2020].”

Ricciardo, whose Red Bull contract ends after next season, fired a warning shot when he said he needed to be convinced he could win a world title with the team.

“We have still managed to get podiums but we haven’t realistically been in the championship hunt so it really needs to happen with Red Bull next year – at least from my point of view.”

“I’ve been here for quite a few years now and I think we need to make a bigger step next year than we did this year, to really convince me that I can win with them,” added Horner.