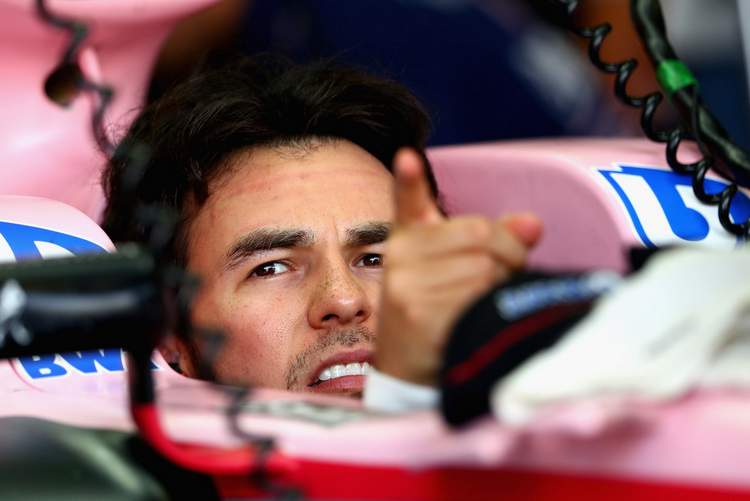 Sergio Perez expects to have his Formula 1  future decided before next month´s Malaysian Grand Prix and said on ahead of the race weekend in Singapore that he is currently weighing up two options.

Mexico’s Perez is currently in his fourth season with Force India. The Silverstone-based team, who finished an impressive fourth in the constructor standings last year, have said they want him to stay.

“Two options, to be quite frank, but I don´t want to comment too much on those,” the Force India driver told reporters ahead of this weekend´s Singapore night race. “I´m really close to signing the contract…”

“I think Force India is a team that is definitely capable of giving you a car to show your talent and that´s very important,” added the 27-year-old. “Let´s see what happens but, I definitely feel that it´s a great place for me.”

Perez has also been linked to with a move to Williams as a replacement for Brazilian veteran Felipe Massa, who had been due to retire last season.

Fernando Alonso, who has also been linked to Williams in media reports, is expected to extend his three-year spell at McLaren with the team set to swap their Honda engines for Renault.

If Perez were to move on, it would open up an opportunity at Mercedes-powered Force India for Pascal Wehrlein.

The 22-year-old, who is backed by Mercedes, is expected to lose his seat at Ferrari-powered Sauber to Formula Two championship leader Charles Leclerc at the end of the year.

The top three teams – Mercedes, Ferrari and Red Bull – have finalised their lineups for next season, with Mercedes announcing a one-year extension to Valtteri Bottas’s contract on Wednesday.

When asked whether negotiations elsewhere had any bearing on his future, Perez, who has scored seven career podiums, said: “No, not really. I was quite clear in my mind what I wanted to do. So, it didn´t change anything.”

Perez’s contract negotiations are complicated by the commercial deals his Mexican sponsors have to strike as part of any agreement for him to drive.

His Force India deal for this season was announced in Malaysia last year.

“That was the case last year. I think it will be earlier than that,” he said. “Now it´s more straightforward.”

Big Question: Will another year with Force India be a good thing for Sergio’s career?