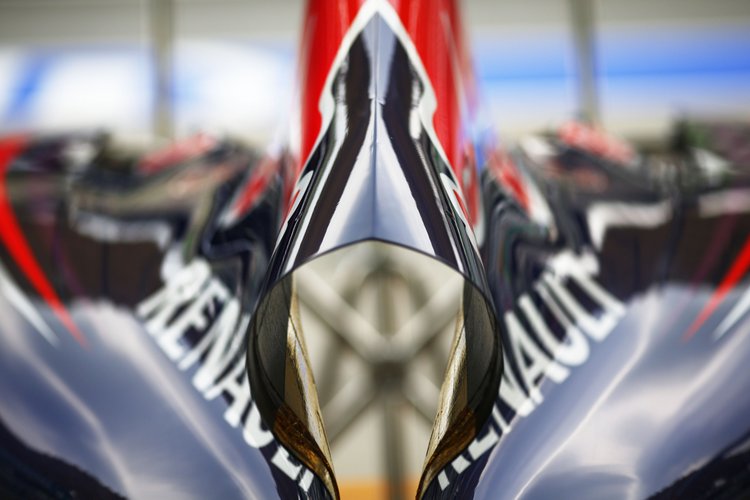 The worst kept secret in Formula 1 – McLaren to be powered by Renault – is on the verge of becoming reality whereupon a domino effect of changes will take place.

I have written before that McLaren parting ways with Honda is dubious move. In a nutshell they have sacrificed works power and a serious wad of cash to become a customer team.

Clearly the Honda debacle, which they have endured for three morbid years, is no longer tenable for the team’s management, staff at Woking, their star driver Fernando Alonso, their sponsors and of course their fans. So for the next three years it is Renault that will be bolted on to the back of McLaren F1 cars at a price.

For all this to happen Red Bull had to accept Honda power for Toro Rosso, while the senior team remains powered TAG Heuer badged Renault power units.

The question is: Why have Red Bull agreed to have Toro Rosso use the unreliable and under-powered Honda power units?

It is no secret that Toro Rosso is ‘up for sale’ to the right buyer. But now with Honda paying a fair chunk into the team’s budget for the next few years the urgency to sell the outfit is not as pressing as before.

Red Bull inadvertently or by design are big winners in the outcome of this saga, for now they have their A-Team using bought for Renault engines while the B-Team have a works deal, albeit with a sub-standard engine at their disposal.

As woeful as the Honda has been, there have been flashes of hope. In 2016 Honda did make substantial progress with their engine. The Woking squad finishing sixth in the Formula 1 constructors’ championship – well ahead of Renault.

But the rot set in this year when Honda took a huge gamble by introducing an entirely new power unit design and build concept which on the dyno and on paper looked good. But when it ran on track it was very bad. Vibrations, over-heating and a myriad of constant problems turned the project into the sad laughing stock of the Formula 1 world.

At the same time there have been occasional glimpses of light at the end of the tunnel, but that tunnel is still a dark place for them. But having said that, if there is an organisation on the grid that do have the resources to turn things around it is Honda.

They have lost face big time, and in Japan this does not go down well at all. The fiasco has been a huge embarrassment for the corporation as an entity. Formula 1 is high profile, and their failings are well reported across the globe.

Manufacturers are involved in Formula 1 to sell more cars. The brand has taken a huge knock in terms of credibility, although I doubt that it will have major impact on overall sales of their vehicles to the layman. But the message is clear: Honda is not as good as a Ferrari obviously, Mercedes is better and now Renault are better too. But worse: Honda are slow and break down often. Not cool for the image.

One can expect that the determination to turn things around will be paramount for Honda and everyone involved in the project. Now that they remain committed to Formula 1 to save face – very important in their culture – is paramount. I predict all resources will be augmented and huge effort ploughed into the project. In other words they HAVE to make it work no matter what.

This is where it gets juicy for Toro Rosso and their owners Red Bull.

The facts are that Renault have hardly been a model of reliability this year. There have been numerous failures and problems that have afflicted all the Renault powered teams, and when they are going it is not as if they are anywhere near Mercedes and Ferrari in terms of horsepower and drivability.

The Renault factory team are anything up to two seconds down on the top times during qualifying, and lagging behind by about a second or a second and a half in race mode. Red Bull, thanks to a clever chassis although not their best, are a half a second or more adrift of the benchmark lap times, depending on the tracks.

In other words, Toro Rosso are taking a risk by crossing over to the ‘dark side’ but it is a risk worth taking. There is no guarantee that Renault will be any better (relative to Mercedes and Ferrari) next year. For sure Honda will improve because they can hardly get any worse.

As Toro Rosso struggle (or not) with Honda, Red Bull team will have the ‘comfort’ of Renault power. So what is there for the energy drinks organisation to lose? Nothing really, but may have a great deal to gain.

Should Honda get their sums right and somehow find some pixie dust to make their power units more reliable and faster, which could happen when you are shoveling money at something, then the Red Bull brigade will be smiling.

It is no secret that Red Bull and Renault escaped a messy divorce not long ago, but are still together for the ‘sake of the kids’ despite the fizz being long gone.

Red Bull are looking around because they know that big success in F1 comes with a works engine partner who will focus on them exclusively – as Renault did during the four glory years they enjoyed together at the start of this decade – thus Porsche and Audi have inevitably been linked with the team.

However, if Honda get their act together they will have access to a works power unit in their own back yard which no doubt the Japanese will gladly supply them with. This will allow Red Bull to divorce Renault once and for all.

Of course the big IF is whether Honda do get it right at some point before they walk away from Formula 1 resigned and perhaps disgusted in their failure. There is only so much embarrassment and heckling that can be absorbed before an actor walks off stage.

Back to that question: Why did Red Bull do this? To sum up, there is a substantial amount of cash coming their way and the slight chance that Honda will become a power again in Formula 1.

There are only three more years remaining in this stupidly expensive and implausible F1 engine era. What comes next, for 2021 and beyond, is expected to be a more affordable power unit solution, massive cost reduction and most likely a host of new engine builders.

Meanwhile Red Bull’s involvement beyond 2020 is subject to speculation with some predicting that Dietrich Mateschitz has had his fill of Formula 1, will pack his toys into a box and go find someone else to play with.

Until that happens Red Bull have hedged their bets wisely. Somehow they have turned McLaren’s misery into a situation where they have little to lose but a great deal to gain. Time will tell how this pans out…

Big Question: Why have Red Bull agreed to have Toro Rosso use the unreliable and under-powered Honda power units?