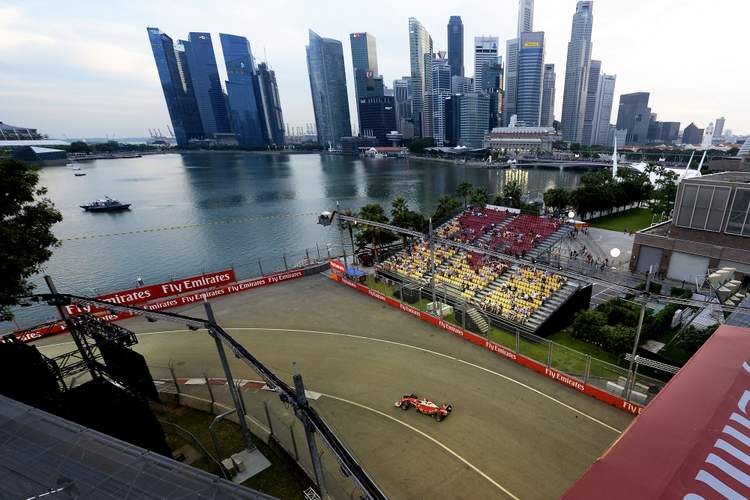 Formula 1 chief executive Chase Carey is keen to secure a new deal to keep the Singapore Grand Prix on the world championship calendar beyond this year, with the sport eyeing a long-term future in the city-state.

The Singapore Grand Prix joined the Formula One calendar in 2008 as the sport’s first night race. Sunday’s edition, the country’s 10th, is set to be the last under the current deal.

“We haven’t concluded a deal yet but we’re having positive discussions and it is certainly our goal to try and reach a deal that works for both of us,” Carey told reporters at the All That Matters industry conference in downtown Singapore.

“We’re proud of the race, we have a good relationship and our goal is to get to a place where we build on that partnership long-term,” Carey, who replaced Bernie Ecclestone as the sport’s CEO in January, said in a keynote address at the conference.

But the race, which takes place on a floodlit street circuit that winds its way through the heart of Singapore against a backdrop of glittering skyscrapers, remains one of the most popular and glamorous on the 20-round calendar.

The race, along with China, is provisionally part of next season’s 21-round schedule but is marked by an asterisk as subject to confirmation by the sport’s commercial rights holder.

Malaysia also hosts a grand prix but next month’s race at Sepang will be its last.

“It is certainly a spectacular setting with the city lit up, racing through the streets, a race we are proud of,” said Carey for whom last year’s Singapore round was the first race he attended, only days after Liberty Media agreed its purchase of Formula One.