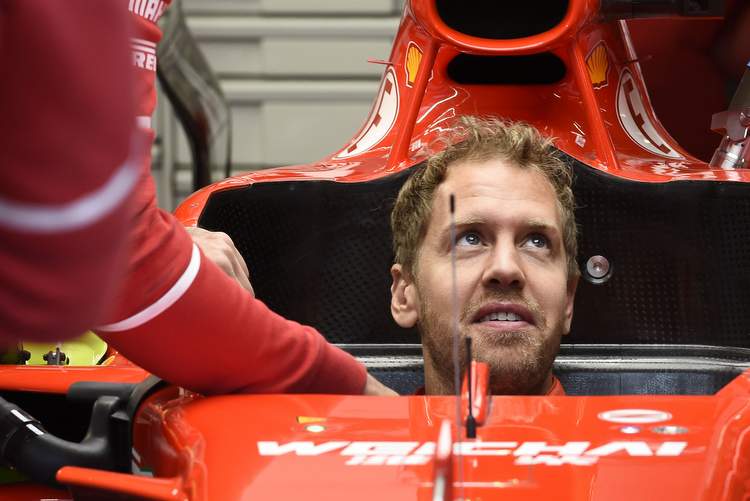 Sebastian Vettel heads to Singapore upbeat despite a resounding defeat at Ferrari’s home race in Monza, relishing the prospect of a tough fight with Mercedes’ Lewis Hamilton for the 2017 title.

Much has been written since the Italian Grand Prix where the Reds went AWOL, with some media predicting that Ferrari will struggle in the remaining races.

Asked by ESPN for his opinion on the dooma dn gloom predictions, Vettel replied, “I know how to read but I don’t really care what’s written on the paper. They’re all tracks that I like, to be honest, so I’m very much looking forward to them.”

“I think we are here to race, so if it’s hard it’s good. Easy is boring. I think that’s what we all want and I’m definitely looking forward to it.”

“At the moment you can say that Mercedes has an edge. Saturdays they’re very strong which obviously has its contribution to Sundays, it’s not a big secret but I think we are strong, we don’t need to hide and there’s plenty of positives.”

“Things are coming, I’m sure they are developing their car. We are developing ours so I’m not so fussed about what they doing. I’m more focused on what’s going on inside us, inside Ferrari and it makes me quite positive, what’s coming. We just need to see.”

“Then there’s always the extra element of racing that you can’t predict, that you can’t put down on paper and that’s usually the most exciting bit so I’m very much a fan of that and a fan of the moment and see what we can do,” added Vettel who will be looking to win for a fifth time under the lights of Marina Bay Circuit.

Big Question: Will Ferrari bounce back in Singapore?