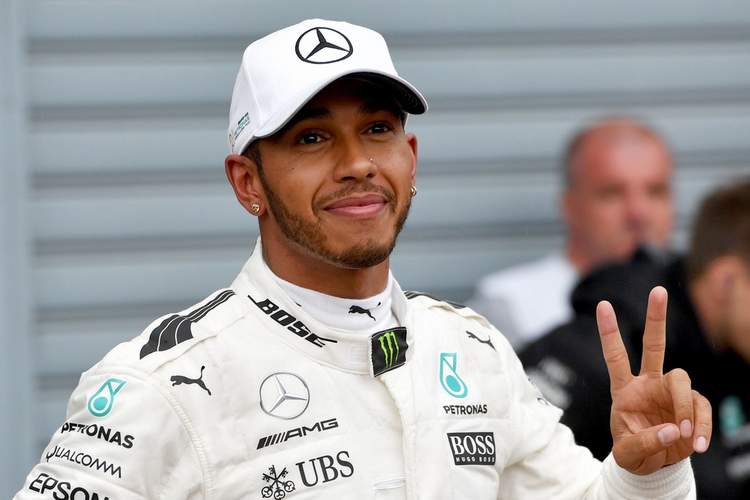 Hamilton drew level with Schumacher after delivering a qualifying masterclass at Spa then a week later the Mercedes driver produced another mega-lap to claim pole position at Monza, and with it surpass the German legend.

While Hamilton reached 68 poles in his 200th Grand Prix – a pole start in just about every third race he contested. Schumacher claimed his 68th and final pole on his 243rd qualifying appearance, at the 2006 French Grand Prix in the final season before his first retirement.

Schumacher didn’t start from pole again in 2006’s final seven races and the drought continued throughout his 58-race comeback with Mercedes from 2010 to 2012.

In terms of percentage of pole positions to races started it is still the late great Ayrton Senna who leads, as he started from pole position at 65 grand prix races in the 161 F1 starts he made before his death at Imola in 1994.

Schumacher famously set the qualifying pace in Monaco 2012 but never took up pole position due to a five-place grid penalty hanging over from the previous race in Spain. Second-fastest Mark Webber was instead credited with that Monaco pole in F1’s record books, leaving Schumacher on 68.

Coincidentally, the Barcelona race where Schumacher earned his penalty was the one where Hamilton secured his own ‘pole that wasn’t’ when he was disqualified from qualifying due to a McLaren fuel infringements and started from the back of the grid. Williams’ Pastor Maldonado inherited pole instead.

Hamilton’s first pole came at just his sixth race, the 2007 Canadian Grand Prix, when he out-qualified McLaren team-mate Fernando Alonso by four tenths of a second. The Englishman then went on to win his first grand prix.

Surprisingly, it was 42 races before Schumacher started on pole in F1, at the 1994 Monaco GP – the race after the horrendous events of Imola when Ayrton Senna, F1’s then pole record holder, and Roland Ratzenberger died. Like Hamilton, he also won from his first-ever pole, although it represented the German’s sixth F1 victory.

Hamilton’s record of 69 poles in focus

Hamilton more often than not turns the front of the grid on Saturday into the top step of the podium on Sunday. He also has an impressive 90% podium-finishing strike rate when starting from top spot.

Hamilton has claimed at least one pole during the course of every season of his career, with his most successful qualy hunting grounds being Australia, China and Canada where he has landed six poles apiece.

He has qualified on pole at every race on the current calendar, with only top spot starts at the grands prix in France, India and Turkey eluding him in his 10-year career.