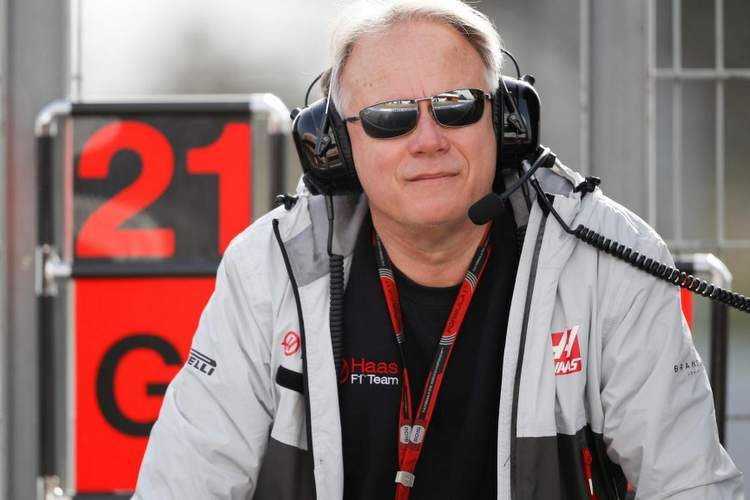 Gene Haas has to be applauded for the way his team has tackled and settled into Formula 1, but now that the honeymoon period is over for the American team reality has sunk in: his team is entrenched in the midfield and to become a winning entity is perhaps a bridge too.

During the Italian Grand Prix weekend, Haas made it known that he has issues with Formula 1 structures that make stepping onto a podium, forget about wins, nearly impossible for his team.

He told NBC, “If anything, my point of view is that it’s a gap we can’t reduce. With what our current resources are and what we know, it seems an impossible gap to reduce.”

“I think some of it is that the top three teams are maybe quasi-manufacturers, and since they run the whole car and make the whole car, they understand it a lot better. So we’re always going to be at somewhat of a disadvantage to the manufacturers who understand the car better than we do.

“But I think there needs to be some kind of a randomness in the sport, where even a team in the back has some possibility of winning once in a while. Not every race, but if you can never win in this sport, it’s really not going to be much of a sport.”

“I think every team should have at least some possibility of winning a race once in a while, through a fuel strategy or some alternative. But the gap’s so big now that I just don’t see how we can possibly close it.”

“I think the bigger problem is the bigger teams. I was over at Ferrari and they have a huge R&D department, as I’m sure Mercedes do too, and the question is, where do these teams go and what they do, and that’s even more of a question because they’re the ones that really bring the DNA of Formula 1 to the track.”

“Formula 1 is considered to be the ultimate sport, and after being in it for a while, I find that’s the most fascinating aspect of it; this technology that they develop, and the extent and passion with which a company like Ferrari puts into developing these things.

“Having a budget cap and suddenly saying that you’re going to have to shelve 500 people is going to be extremely difficult, and that’s where the new owners are going to run into some big obstacles when they simply say, ‘ah well, here’s your new marching rules.’

“If it’s contrary to where a company’s put 50 years into that, it’s just not going to work. So that’s the dilemma they have; trying to radically change something that’s been around for so long and is so firmly put into concrete. You just can’t change it overnight, and I’m glad that I don’t have to be part of that decision at the moment.”

“We’re certainly committed to Formula 1. But if we never have a chance to win, I’d really have to question why we’re here. I think every team should have at least some possibility of winning a race once in a while, through a fuel strategy or some alternative. But the gap’s so big now that I just don’t see how we can possibly close it,” lamented Haas.

Gone are the days when a Formula 1 team can enter the sport and become a contender with immediate effect as Walter Wolf Racing did at the 1977 Argentine Grand Prix, and went on to win another two Formula 1 races in the three seasons of it’s existence.

Big Question: What can be done to give non-manufacturer teams a better chance of winning?