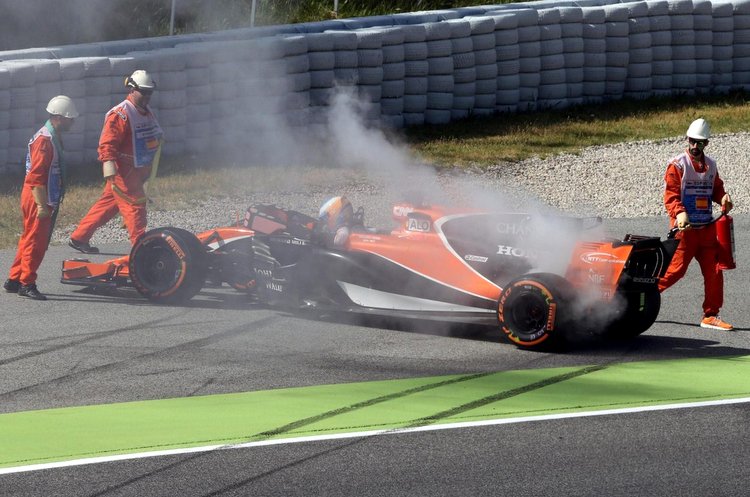 Various British news organisations are reporting that McLaren and Honda have terminated their partnership, with the Woking outfit to be powered by Renault as from next year and with it secure the services of Fernando Alonso who made it clear he would l;eave the team if a solution to their engine woes was not found.

As we reported, sources have confirmed that the McLaren-Renault deal will be confirmed during the course of the Singapore Grand Prix weekend, but it appears that the ‘official’ news has been leaked to selected media outlets including the Daily Mail and Motorsport Network.

The Daily Mail reports: “McLaren will usher in a new era this week by announcing that Fernando Alonso will re-sign and their cars will be powered by Renault next season.”

“After months of negotiations, the landmark news will be confirmed in Singapore, ahead of this weekend’s night race around the city-state’s illuminated streets.”

“Changing engine suppliers is everything that Alonso hoped for. He had made being able to drive a competitive car next season the key factor in deciding whether to carry on at McLaren, and possibly even Formula One itself.”

Former F1 supremo Bernie Ecclestone also confirmed: “The Renault deal is all done. Alonso staying is super news. But I can’t see why McLaren will be any happier with Renault than they are with Honda.”

“It wasn’t Honda’s fault things didn’t work out, it was McLaren’s. Every day they had a fight about everything, instead of working with them, which was a little bit stupid,” added Ecclestone.

The deal will see McLaren powered by Renault for the next three years until 2020, with the new F1 engine rules set to come into force in 2021 the Woking outfit has bought some time to decide on a direction for the team beyond the current engine formula.

The much anticipated contract has already triggered a deal which will see Toro Rosso become Honda powered for next season, while their driver Carlos Sainz has been released by Red Bull to join Renault.

Although the engine changes for Toro Rosso and McLaren will only kick-in next year, Renault are reportedly keen to have Sainz in yellow for the forthcoming Malaysian Grand Prix in place of Jolyon Palmer. Should Toro Rosso agree to Sainz’s early departure, the resultant vacancy will be filled by Pierre Gasly.