Bratches: Our focus is on more city races 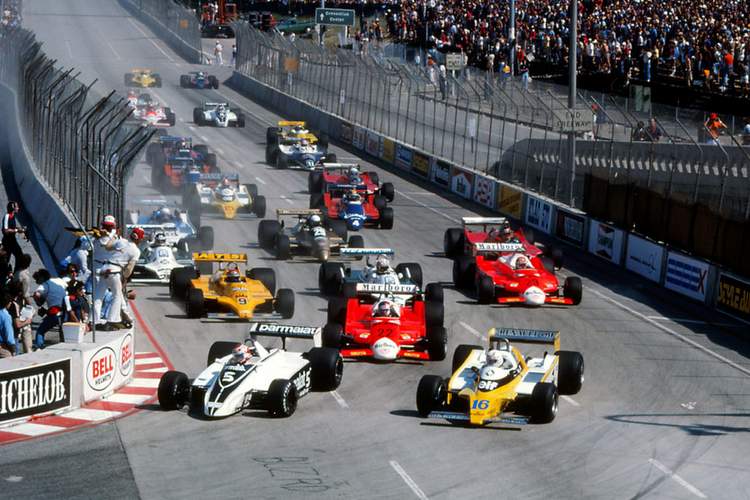 Formula 1’s commercial boss Sean Bratches has revealed his vision for future grand prix venues and it is clear that the new owners are intent on taking the sport to the people by racing on street circuits in built-up areas and cities.

Bratches said, “We’re going to have an apportionment between city tracks, heritage tracks, and purpose-built. The next objective is to put our shoulders behind more city races. For the reasons I stated, we think that’s a very attractive proposition from our perspective.”

“I think from a brand standpoint we’re trying to pivot and become much more proactive in identifying cities and locations that are accretive to our brand and our strategy of hosting races where you can activate large fanbases – particularly in city centres.”

While seeking to broaden Formula 1’s reach the inevitable question is how many races is sustainable as the sport gears up for the future.

Bratches said, “Right now by the operation of the Concorde Agreement, the cap is 25. In the seven months I’ve been in this job I’ve probably had about 40 countries, cities, municipalities, principalities approach me about interest in hosting an F1 race, which is extremely encouraging.

“I think it’s representative of the brand, and what people are trying to do locally for fans, and drive visibility and scope for their business. As we look at the race calendar, we’re looking to do a number of things. Historically it’s been a very reactive process in terms of cities coming to F1 with interest.”

“In terms of the next tranche of where we’re going, I don’t think you’re going to have too many more purpose-built tracks built.

But at the same time he is not intent on ditching existing races, “We love all our children! I think as we look at the apportionment of races by region, you’re going to see some fall out, and some added. We are very anxious to maximise the opportunities of these grands prix.”

Also on the agenda is devising a calendar that cuts down on the hefty travel obligations of the Formula 1 circus, “Right now we’re jumping all over the globe with no thoughtful cadence. In an ideal world, and forget the order, but you’d have kind of the first third of the races in Europe, the second third in the Americas, and the last tranche in Asia.”

“What that does is allow you create efficiencies in terms of travelling this circus. When we go through Europe, there are 350 18-wheelers that take it around, and north of 10 747s that fly us around the world. So creating efficiencies is I think a big opportunity.

“The other opportunity from a fan standpoint is being able to say to a fan: for the next two or three months you’re going to have to get up early to watch the grands prix, and for the next two months it’s midday, and then night. So for a navigation of fans to drive audience and viewership, I think it’s very interesting,” added Bratches.

The model influencing the way the new owners are thinking is Formula E. The new electric series goes to city centres around the globe including: New York, Rome, Hong Kong, Paris. Marrakesh, Montreal as well as a number of other iconic cities.

Currently Formula 1 has four street races: Melbourne, Monaco, Baku and Singapore. Montreal and Sochi are venues that are quasi-street circuits which occur in areas adjoining the cities but can run without much disruption to the city’s daily life.

In the past Formula 1 has raced on the streets of Long Beach, Detroit, Dallas, Valencia and even a Las Vegas car park.

Big Question: How can Formula 1 sell itself to cities considering the noise of cars and size of the circus?