Horner: We were second only to Mercedes at Monza 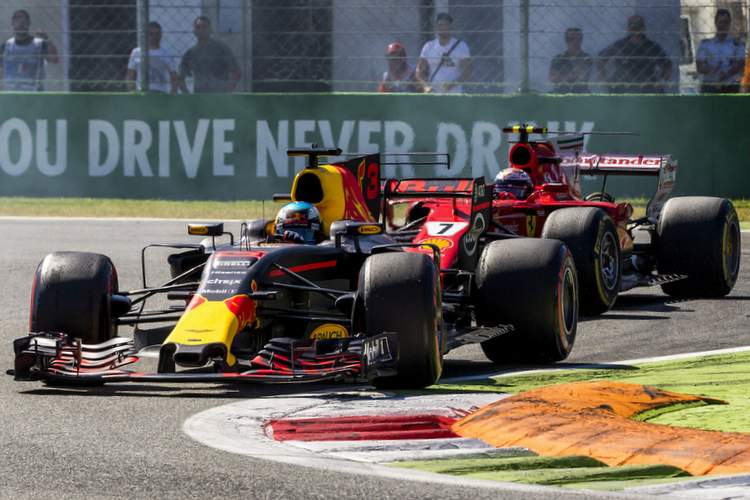 If it had not been for a raft of engine related grid penalties for the Italian Grand Prix, Red Bull chief Christian Horner believes that Daniel Ricciardo could have beaten Ferrari for the final podium positions but admits that Mercedes were in another league.

Verstappen had his race compromised after a collision with Felipe Massa’s Williams, but did recover to grab a final point for tenth place.

Ricciardo qualified third but was relegated to 16th on the grid for the race. Thereafter he had a stellar afternoon as he carved his way through the field, reaffirming him as the king of the overtakes with some jaw dropping moves – his ambush of Kimi Raikkonen is one of for the ages.

The Aussie was fourth when the chequered flag waved, with third placed Sebastian Vettel only four seconds up the road. Granted the Ferrari driver had turned it down when he realised soon in the race that Mercedes were out of reach.

Nevertheless Horner was encouraged by what he saw, “Analysis will show it was the second strongest car outside of the Mercedes. To start as far behind the Ferraris as we did and only be four seconds behind Sebastian at the finish, was a very encouraging performance.”

“Listening to the drivers in the debrief, it is still obvious where we lack in terms of lap time when following our competitors, but the chassis has worked at this particular circuit very well.”

“You can see how strong it was on the brakes, particularly with Daniel this weekend. The pass he made on Kimi was from an awfully long way back, so we have found a good balance here.”

‘Ifs and maybes’ are always part of the post race debate in Formula 1, thus the question was asked of Horner if he felt his drivers had the ammo to challenge Lewis Hamilton and Valtteri Bottas who finished one-two in Italy.

He replied, “No. Mercedes at this circuit were in a class of their own. Any debate about where the current power hierarchy is in F1… this was a Mercedes whitewash.”

Big Question: Have Red Bull moved to second in the pecking order ahead of Ferrari?