Teams and drivers big on ultrasofts for Singapore 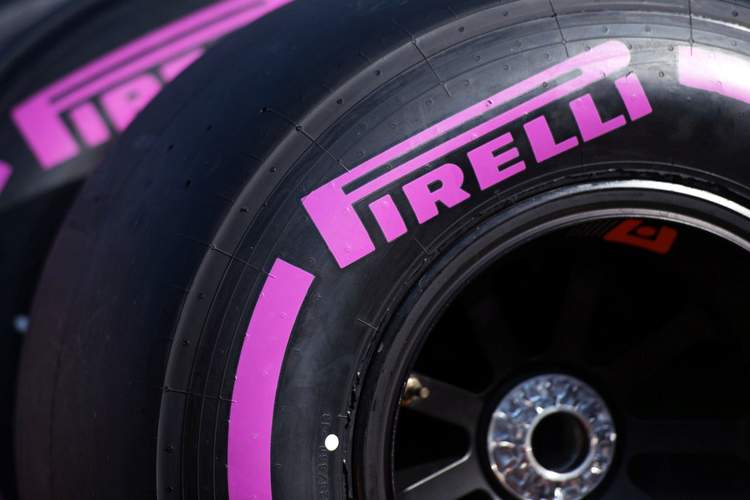 The FIA have revealed the tyre choices made by drivers and teams for the Singapore Grand Prix weekend, and the purple band Pirelli ultrasofts are easily the most popular rubber chosen for the streets of Marina Bay Circuit.

Red Bull and Ferrari drivers have all chosen ten sets of the purple band tyres, with Daniel Ricciardo and Max Verstappen selecting two sets of supersofts and a set of softs for the three days.

Kimi Raikkonen has selected a similar allocation to the Red Bull drivers, with Sebastian Vettel differing in his choice by opting for one supersoft set and two sets of the soft compound tyres.

Most ‘conservative’ in their choices are the Haas drivers who will have eight ultrasoft sets, four supersoft sets and one set of softs in their pit garage. 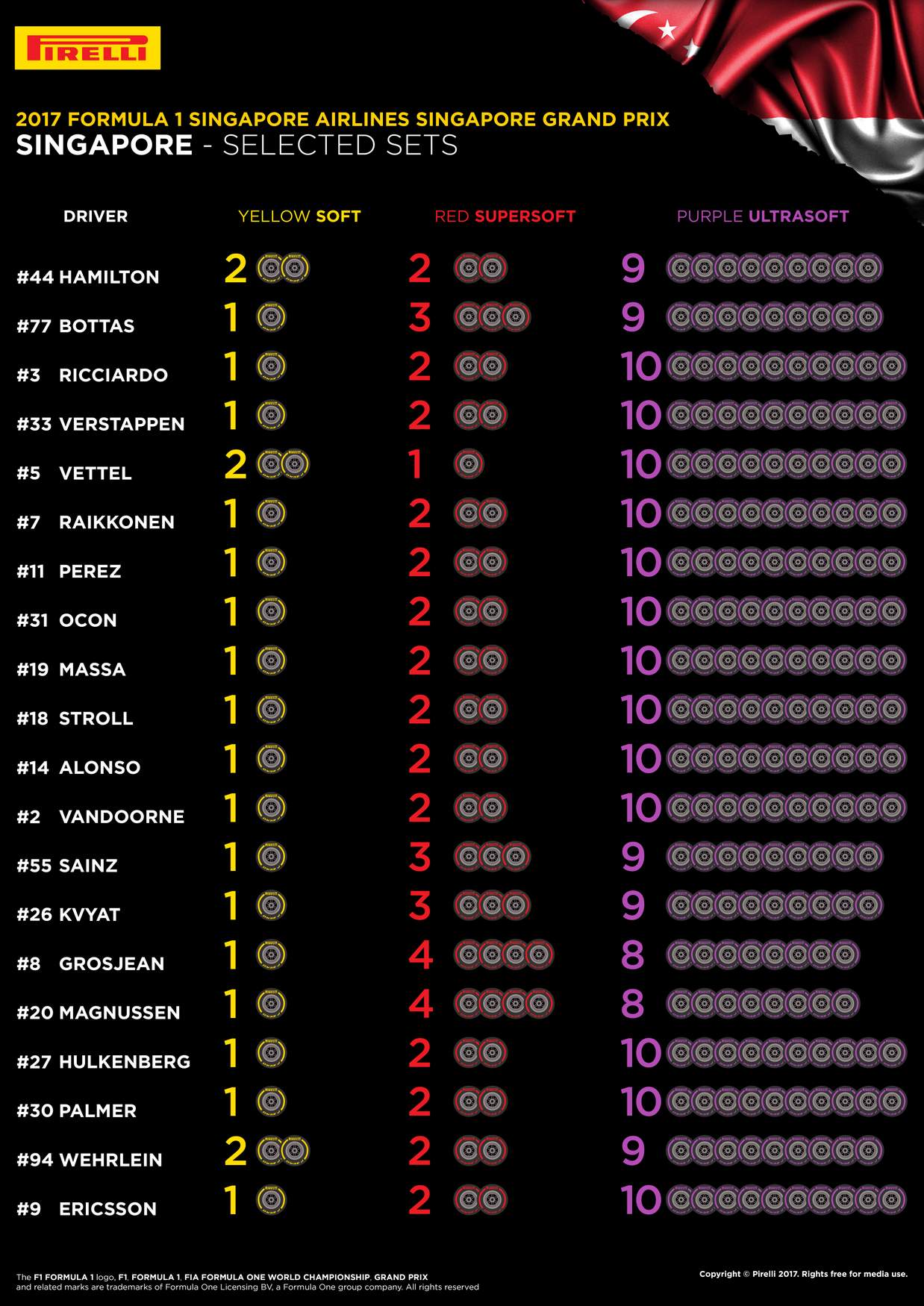