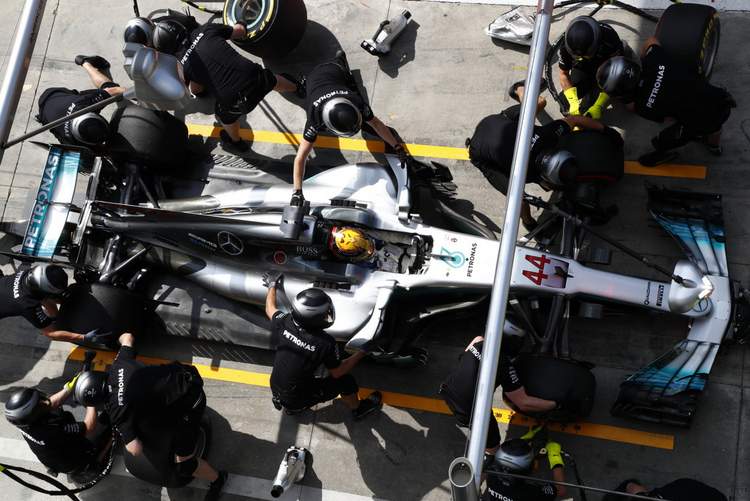 Mercedes showed their strongest performance of the season so far in the Italian Grand Prix, securing a comfortable one-two win with Lewis Hamilton and Valtteri Bottas. Sebastian Vettel was third in Ferrari’s home fixture with a deficit of 36 seconds.

A perfect race weekend for Mercedes in Monza was rounded off with a one-two victory in the DHL Fastest Pit Stop Award. Bottas came in to change tires on Lap 33, taking only 2.15 seconds while Hamilton had bolted on fresh tires in 2.33 seconds one lap earlier. The Mercedes crew were super quick on Sunday afternoon, proving unbeatable. 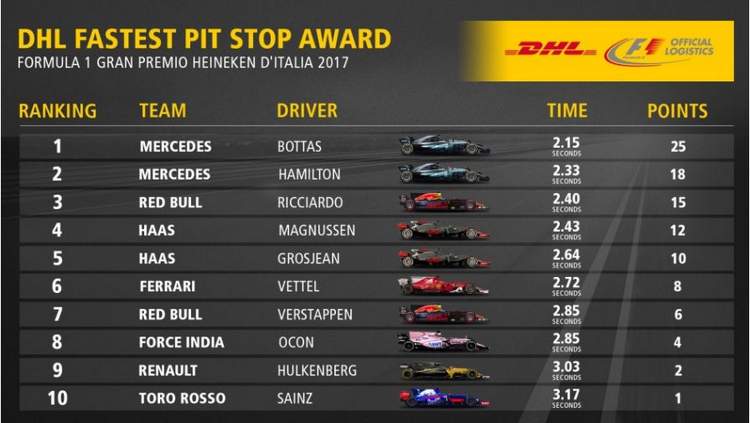 “This was the most comprehensive of our eight victories so far this season. It was a 1-2, flawlessly executed by the team, a dominant performance and delivered on the home turf of our main competitor; all that makes it a pretty memorable day,” said James Allison, Technician in Chief at the Silver Arrows, with some satisfaction.

The third-fastest pit stop of the race went to Red Bull – Daniel Ricciardo was turned around in 2.40 seconds. Williams, who are normally so strong in the DHL Fastest Pit Stop Award, had a really bad day. Felipe Massa’s stop lasted 3.35 seconds while Lance Stroll’s was no less than 4.48 seconds – far too long for a place in the Top Ten.

Monza was a classic one-stop race because of very low tire wear. Eight of the 21 pit stops took less than three seconds. 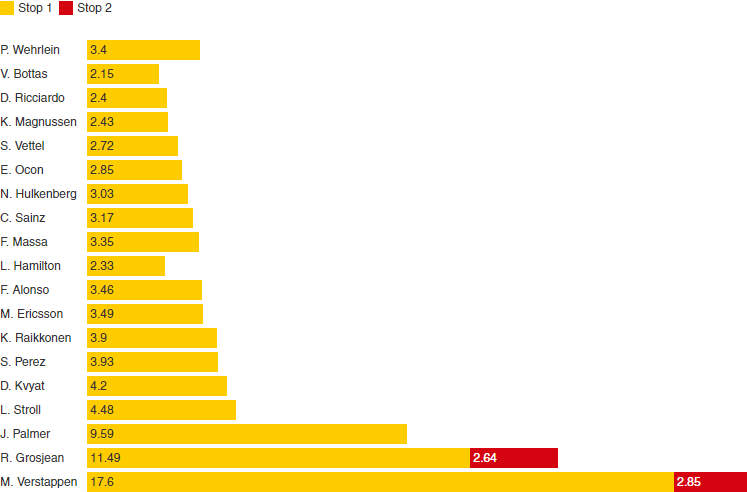