McLaren and Honda a step closer to divorce 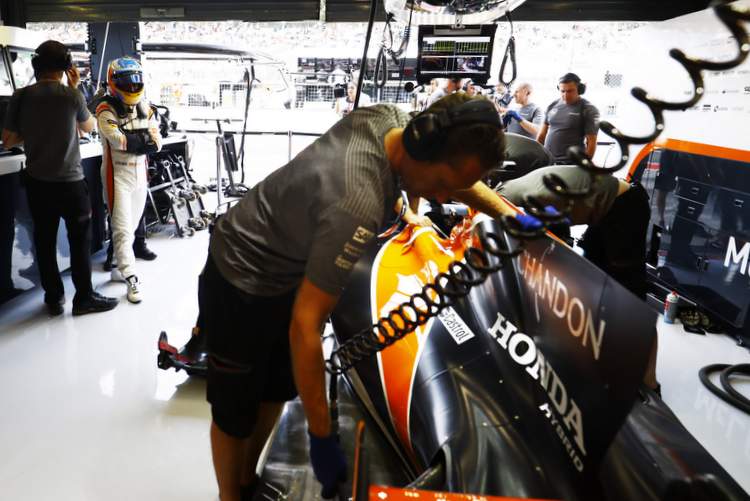 McLaren’s unhappy partnership with Honda appeared to be heading for divorce on Sunday after an Italian Grand Prix of hefty grid penalties, poor performance and no points for the former champions.

Spaniard Fernando Alonso and Belgian rookie Stoffel Vandoorne both retired on a day that the team themselves described as ‘gut-wrenchingly disappointing’.

Alonso had collected a 35-place grid penalty after power unit changes, while Vandoorne had a 25-place penalty.

“The talent of our drivers shone and we held on to hope that we would be able to achieve a positive result against the odds this afternoon. Once again, we were left dejected and dissatisfied,” said the team’s racing director Eric Boullier.

McLaren have been in talks with Renault bosses and Honda all weekend, with Formula One’s managing director for motorsport Ross Brawn — a former Honda team principal — also involved.

The talk in the paddock was of a deal, likely to be sealed in the next two weeks before the Singapore Grand Prix, for Honda to switch to Red Bull-owned Toro Rosso and Renault to replace them at McLaren.

A well-placed source told Reuters that seemed to be the direction all parties were heading in, with benefits for all concerned.

McLaren, who have not won a race since 2012, would get an engine that has triumphed this season in the back of a Red Bull — a deal that would be sufficient to keep double world champion Fernando Alonso on board.

“We cannot afford not to be on the podium,” McLaren executive director Zak Brown told reporters in Monza.

Formula One, keen not to have any manufacturer forced out, would see Honda stay in the sport while Toro Rosso would gain a significant financial contribution to their budget and an engine that could, when competitive, also be used by Red Bull.

Renault would gain the second most successful team in the sport as a customer and have Alonso back in the corporate ‘family’ that helped him to win titles with the works team in 2005 and 2006.

They would also not be forced to supply more than their three current teams, something they have said would be difficult. Mercedes and Ferrari also supply three each.

Honda, their F1 reputation already substantially damaged, could work towards resolving their problems away from the intense scrutiny that has marked the sole partnership with McLaren.

Asked whether something might be announced in the next two weeks, Boullier gave away nothing but said he thought and hoped that would be the case.

“We need to know what we do and where we go because there is a timing issue with next year’s car design,” he told reporters, refusing to comment on a suggestion that Honda were having a board meeting in Tokyo on Monday.

“The situation is complicated because you want the best for F1 as well, it’s not only for McLaren,” he said.

“Whatever will happen it has been a good, co-operative work with all of the parties in the paddock to try and make the best of the situation. But I will not comment more than this.”

Red Bull principal Christian Horner said it was of no consequence to him or his team what engine Toro Rosso raced with.

“Really the key piece in the whole jigsaw is the McLaren-Honda situation… one would assume their position is fairly imminent,” he said.

Alain Prost, a world champion with McLaren who now represents Renault as an ambassador, said he had to put personal emotion aside but made clear talks were ongoing.

“McLaren was a big part of my life. We have been approached, and they want to have a different situation,” he said. “We listen, but they have to make a decision first.”