Marchionne: I think we just screwed up 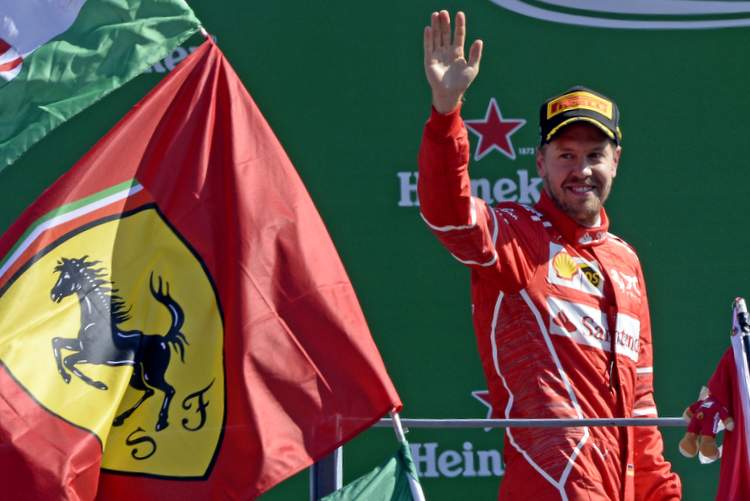 In the wake of the Italian Grand Prix Sebastian Vettel’s boss believes Ferrari got their sums wrong at Monza, but the German refused to be downcast after surrendering the Formula 1 world championship lead to Lewis Hamilton on a dominant day for Mercedes and a difficult one for Ferrari.

Ferrari had arrived for their home race knowing that it was likely to favour Mercedes but encouraged by a strong showing in Belgium the previous weekend when Vettel was on Hamilton’s tail all the way.

There have been races this season where the Italian team have dominated, and they could well do so again in Singapore in two weeks’ time, but Monza was the equivalent of a bucket of cold water in the face.

“I think we just screwed up,” Ferrari chairman Sergio Marchionne told RTL television. “The set-up for the car was wrong. I think we underestimated the circuit.”

With the Italian team’s home crowd cheering as he stood on the podium, despite trailing in third and half a minute behind race winner Hamilton, Vettel said he was energised for the battles ahead.

“For sure, they are giving us a very, very hard time, especially at the moment, but we´ll see,” the German told reporters. “It´s a long journey still.”

“I’m still full of adrenaline from the podium, the atmosphere was amazing. You can ask whatever you want now, I don´t care. You will always get a positive answer.”

Vettel is three points behind Hamilton with seven of the 20 races remaining; Ferrari are 62 points adrift of Mercedes.

“For me, it looks like this weekend Ferrari have taken a step back,” said Mercedes team boss Toto Wolff after another one-two finish for the ‘Silver Arrows’.

“I think we were very solid, but they (Ferrari) have not performed in the way everybody expected.

“Red Bull’s Daniel Ricciardo started from the back of the grid, and almost finished third, which suggests something is out of synch here and not how it should be.”

Vettel, who had started in sixth place, said his Ferrari simply did not have the pace to match Hamilton and Valtteri Bottas at the fastest track on the calendar.

But he also knew Ferrari had a strong car and would be competitive to the end of the season.

“Overall you could say it was a bad day, but I know the team is on the right way and there is a lot of stuff that is going to improve,” said Vettel.

“I know that we only get stronger, so I´m in a very, very positive mood,” added the German.

“I am not worried… it was a difficult weekend but I know that there is still a long way to go and we have got the people behind us so it is a great feeling.”

Big Question: Should Seb be worried?