Hasegawa: I’m not sure it will be enough 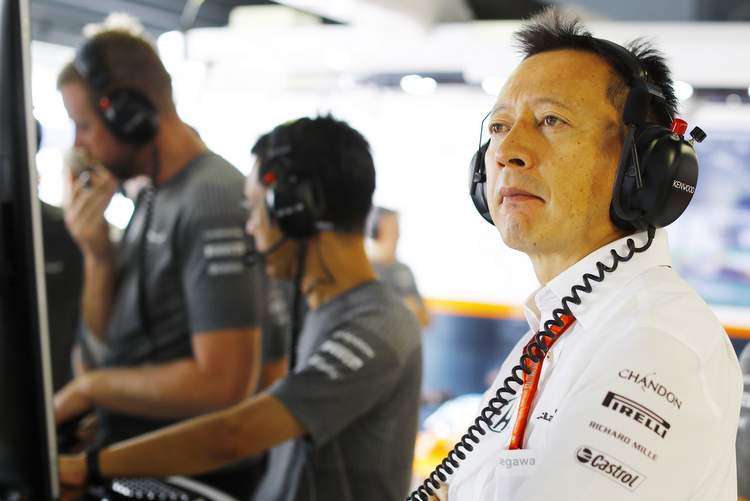 Honda F1 boss Yusuke Hasegawa admits he is doing all he can to convince McLaren that ditching their troubled project is not the right course of action, despite indications that ending the troubled partnership is exactly what the Woking team’s management are seeking to do this week.

If there was ever a glimmer of hope for McLaren-Honda it was on Friday afternoon, after FP2 at Monza when Stoffel Vandoorne and Fernando Alonso ran problem free throughout the ninety minutes session, ending that first day of the Italian Grand Prix weekend seventh and eighth respectively.

But the glimmer turned out to be a mirage as the weekend turned sour from then on. Ahead of the race in Italy Alonso knew he had a 35-place grid penalty for a raft of changes to his power unit, while Vandoorne found out about his on Saturday night when a problem was found with the MGU-K shaft in his power unit.

In the race Vandoorne made it up to seventh at one point, but not long after mid-distance he reported a loss of power due to a suspected MGU-K issue within the new power unit. He retired from the race on lap 34.

Alonso was aggressive and feisty as he made his way from the back of the grid to 11th despite a faulty gearbox sensor, which eventually forced the team to retire his car on lap 51 as a precaution, at which point he had dropped down the order.

In the end it was arguably the most miserable weekend of McLaren’s woeful season, and perhaps the proverbial ‘straw that breaks the camel’s back’ amid strong indications that they will ditch Honda power, irrespective of what it costs them to dissolve the partnership.

Talks with Renault are at an advanced stage and Hasegawa knows it, “I’m still trying to make good performance to convince them but I’m not sure it will be enough. Honda never give up on keeping this collaboration.”

Despite the bad publicity and negativity, he claims that this is not detering his staff, “It accelerating our development. It becomes motivational inside the factory.”

Hasegawa also insists that there is progress, “Since Austria, the Spec-3 engine introduction, our development has accelerated and the rate of development is very good. We saw some performance gain with each upgrade so it’s very encouraging.”

An added that for the next race “we have some confidence about competitiveness, we have already decided the current engine will go to Singapore.”

McLaren have said that they intend making a decision regarding their Formula 1 future this week.