Stroll: I’m getting better and better 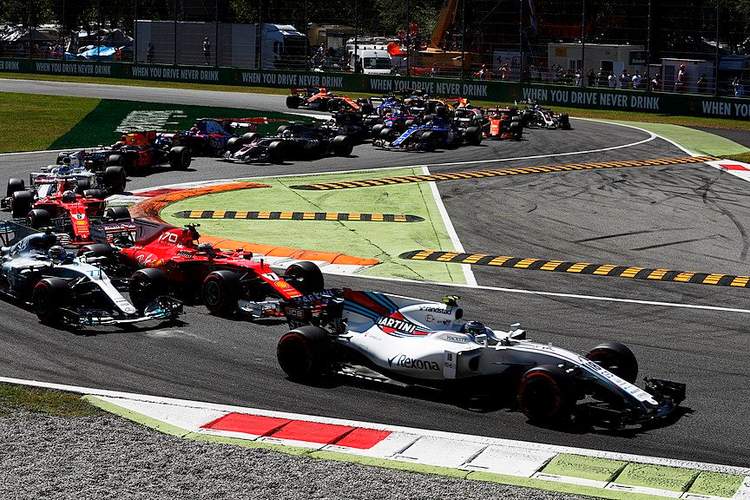 Lance Stroll was the revelation of the Italian Grand Prix weekend, two days in which he deservedly won the respect of drivers, teams, media and fans alike with a performance that dispels doubts that he is ready for Formula 1.

The 18 year old Canadian, son of billionaire Lawrence Stroll, has faced some heavy criticism since he started his Formula 1 career at the season opener in Australia earlier this year.

Granted Stroll has had made mistakes, but he is a rookie after all. But at the Azerbaijan Grand Prix he showed glimpses of his abilities and maturity with a solid drive to third place in only his eighth grand prix.

But it was on Saturday, during qualifying at Monza, that the teenager came of age with an impressive performance in trying conditions he qualified his Williams fourth in the rain affected marathon session – ahead of his veteran teammate and better than the Ferrari duo – in what was his first experience of driving the current generation car in the kind of wet weather that prevailed on the day.

On race day, as expected, he had no answer to the factory teams but still managed to deliver another notable drive to finish seventh. Staying out of trouble and slugging it out without fuss when needed.

After the race he told reporters, “It was good. Could’ve been better. There were parts of the race that weren’t perfect. Lewis didn’t have such a great start which blocked me and meant I had to back off and give the position to Esteban.”

“The pace was strong and it was a shame about the pitstop. That was our opportunity to jump him. A good P7 which was awesome. I had a massive flat spot so couldn’t see much but racing is racing. I really enjoyed myself.”

“Every opportunity that I have to be in positions that I was today is strategy that I’ll learn. Days like today and Baku, I feel like I’m getting better and better.”

It was a very special moment for me [starting on the front row]. Qualifying was probably the highlight of the weekend, being able to do what I did in those conditions,” added Stroll who became the youngest Formula 1 driver to start a grand prix from the front row.