Alonso: FIA must have been having a Heineken 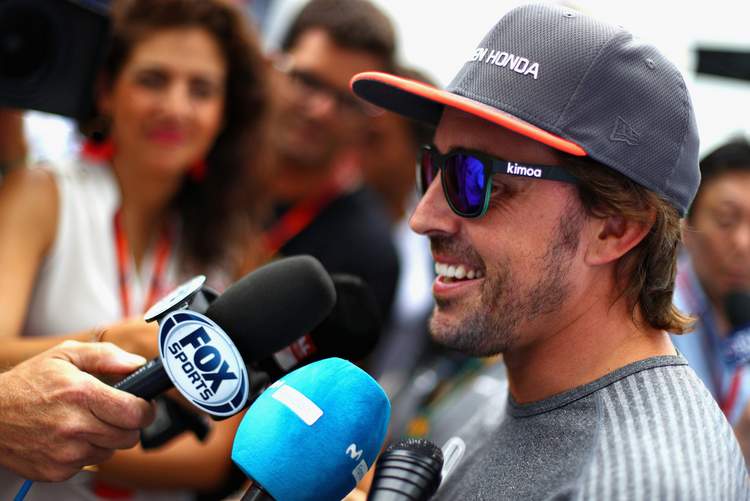 The stress of plodding about at the back end of the field clearly got to McLaren driver Fernando Alonso as he spewed fury when his overtake on Jolyon Palmer, during the Italian Grand Prix, was nullified after the Renault driver cut the chicane to regain the position.

Although the FIA race stewards hit Palmer with a five seconds penalty, Alonso remained livid in the cockpit when he was informed and shouted, “Five seconds is a joke, a joke.”

Later when told that Palmer was forced to retire from the race, he declared: “Karma!”

Speaking to reporters after the race the Spaniard was still pulling no punches, “When we arrived at the chicane we were side-by-side, we braked late and I managed to take the chicane, but he didn’t and he jumped it and stayed in front.”

“Usually that’s something that’s very clear in the rules: when two cars are side-by-side at the chicane and one gets to take it and one doesn’t, you give back the position, but this time the FIA must have been having a Heineken.”

Alonso himself retired with a gearbox issue late in the race and afterwards when asked if the five seconds penalty on Palmer was fair, he replied, “No, because then you lose 10 seconds, and the problems we had with the gearbox were because of the heat and having Jolyon in front another three or four laps…”

“If grabbing the football with your hands is a penalty, it should always be a penalty. It’s not my interpretation and seeing what the stewards think this time… But anyway, being fighting for 16th and 17th it doesn’t matter. But I think the spectators want to see something normal, not a party,” he added sarcastically.