Vettel: I have no idea what the problem was 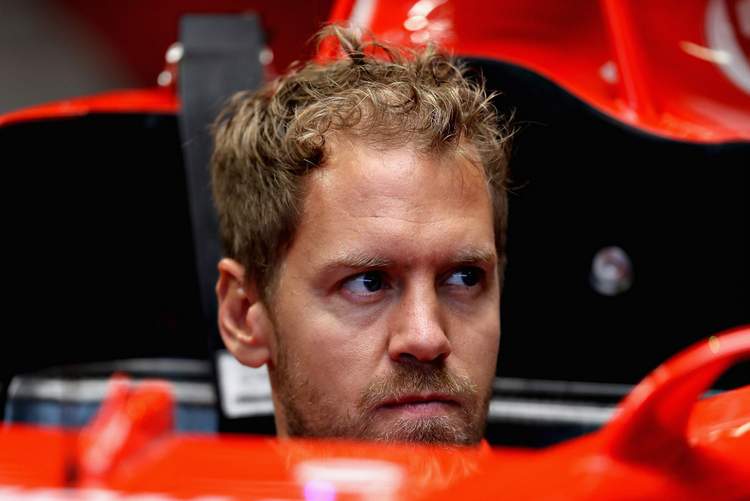 Sebastian Vettel’s chances of retaining his championship lead over Lewis Hamilton took a big blow on Saturday as he struggled in the marathon rain affected qualifying for the Italian Grand Prix, which means he will line-up sixth on the grid while his title rival starts from the top spot on the grid.

Immediately after qualifying Vettel was mystified by the lack of pace shown by both Ferraris in front of the tifosi.

The German told reporters, “I have no idea what the problem was. I was surprised by how quick the others went. At this stage we don’t know why. It was an important day but it is what it is and we will see how it goes tomorrow.”

Asked how he felt after the session, where he trailed ttle rival Hamilton by two and a half seconds, “Surprised! Let’s say, by how quick the others went. Clearly we couldn’t go the same pace. At this stage we don’t know why. I’m sure there are a couple of things that we’ll look into and try to understand.”

“All of the laps were pretty much the same, the conditions didn’t get better in my point of view, so we were doing more or less the same every lap.”

“Nevertheless I think it was an important day, something didn’t work, didn’t come together, but now it is what it is and we’ll see what we can do tomorrow.”

“We do have a good car so we don’t have to be afraid – and the conditions should also play to our advantage as you can overtake on this track. My predictions are that we should have a fun race!,” added Vettel who will lose the lead of the championship for the first time this season if Hamilton wins on Sunday.