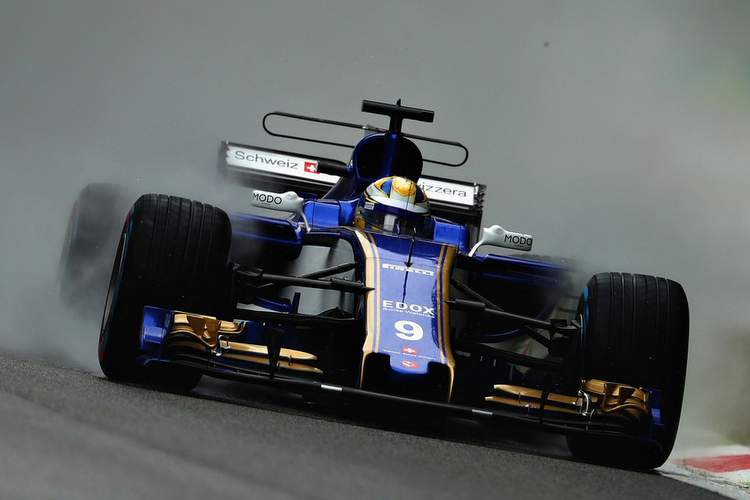 Williams driver Felipe Massa led the rain-shortened final practice for the Italian Grand Prix on Saturday as one of only seven drivers to complete timed laps.

Lance Stroll, Massa’s teammate at Williams, was second and Nico Hulkenberg of Renault was third with times about 20 seconds slower than those seen in dry conditions a day earlier.

The Mercedes and Ferrari cars did not set times in the 16 minutes when the track was open, although they did come out briefly.

“Just remember, this is a potential qualifying tire, so don’t damage it,” Hamilton was told via team radio.

The session’s start was delayed because of standing water on the Monza circuit and rain fell even when drivers were finally permitted to come out. 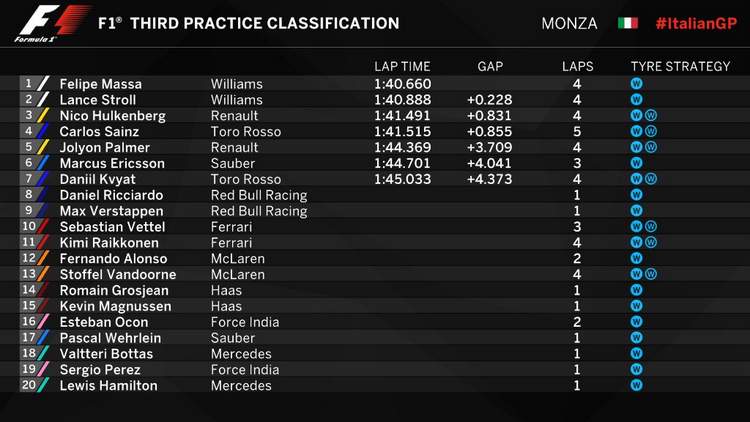