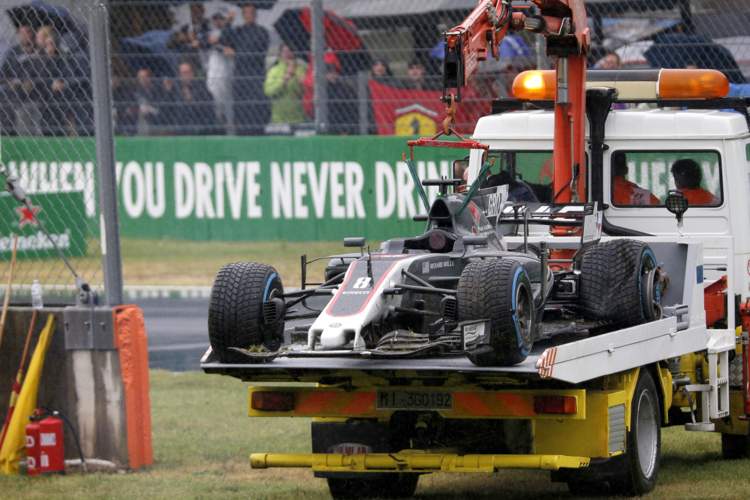 Qualifying for the Italian Grand Prix got underway with rain spitting from heavy and dark clouds looming over Monza, on a very wet track surface which did not take long to claim a victim.

Romain Grosjean lost control when he aquaplaned across the track and slammed the barriers on the main straight after setting his first flying lap.

The session was immediately red flagged as a result, the tyrack deemed too dangerous to continue only half a dozen minutes into the session.

Grosjean said afterwards, “We should have not gone out at all. I am pretty straight forward about that. The impact wasn’t strong – I hit the barriers at an angle but spinning on a straight shouldn’t happen in Formula 1.”

The session resumed three hours later, but Grosjean’s car was beyond repair and he did not take part in qualifying thereafter. 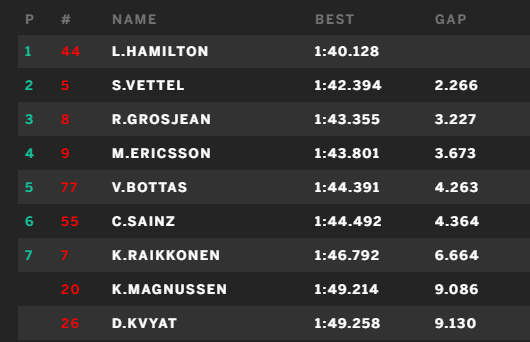