Alonso: The new asphalt was not F1 standards 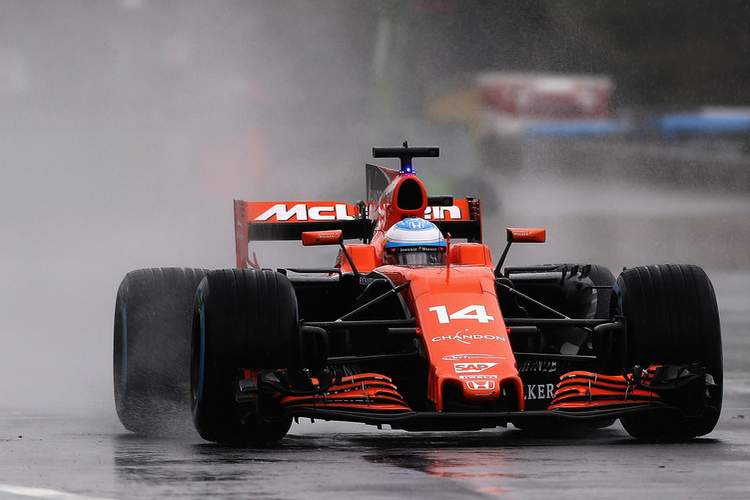 Fernando Alonso pulled no punches in the wake of the three hours plus qualifying session for the Italian Grand Prix, claiming that the newly laid track surface at Monza is sub-standard.

Speaking to reporters after qualifying 13th in Italy, the McLaren driver said, “I think the main straight was just too wet. The new asphalt was not F1 standards. We can’t have that difference between one asphalt and the other.”

“It’s a shame. It’s happened a couple of times already and it’s bad for the spectators, it’s bad for television and hopefully the FOM or the FIA will be creative and find a new way to deal with this kind of situation,” he added.”

Fans had to endure a three hour delay after Romain Grosjean aquaplaned and crashed into the barriers early on in Q1.

“The track was fine, it was in a condition to run, only the straight was too wet. It’s another strange episode and let’s see if the FIA or FOM can find a solution to offer a bit of a show while the track conditions improve,” added the double F1 World Champion.

Alonso had little incentive to risk it in qualifying as a 35-place grid penalty would ensure a back of the grid start for the race no matter where he qualified.