Ferrari fever runs high ahead of home race at Monza 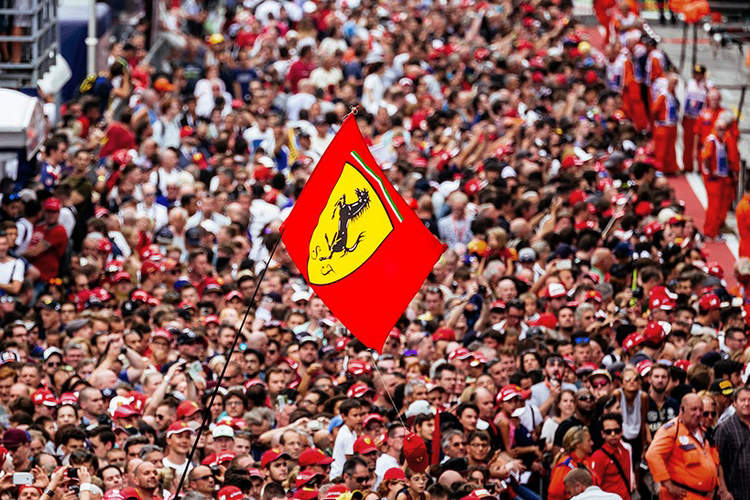 The bright red banners featuring the black prancing horse on a yellow shield festooned along the main grandstand at Monza are a constant reminder, not that any is needed, of the fervour facing Sebastian Vettel and Ferrari at the team’s home Italian Grand Prix this weekend.

“You cannot describe the passion. You can only live it. Forza Ferrari!” displayed one. “If you can dream it, you can do it,” read another.

Monza is renowned as Italy’s ‘Temple of Speed’, venerated by Ferrari’s fanatical ‘tifosi’ (fans) like nowhere else in motorsport.

On Sunday, a giant Ferrari flag is sure to be unfurled across the grandstand seats while hordes of red-shirted supporters will flood onto the track as soon as the race is over to celebrate beneath the podium jutting out over them.

Memories of seven-times Formula 1 world champion Michael Schumacher, a five-times winner with the Italian team at the circuit outside Milan, still have a powerful resonance.

“It’s unbelievable: The atmosphere, the tradition, the history. Even Enzo Ferrari was always talking about the Italian Grand Prix as THE grand prix,” said team principal Maurizio Arrivabene after Friday practise.

”This is the emotional part. The public is fantastic; we can feel the vibe. I think even yesterday, it was only Thursday but we were feeling, all the team, the drivers, the vibe of the tifosi and they were pushing us.

“The expectation is very, very high. Despite that we need to be humble because we know… that Monza is not really the best track for us. Having said so, our attitude will be humble, but not surrendering.”

This year’s event has an added emotional ingredient with the sport’s oldest and most successful team celebrating the 70th anniversary of founder Enzo’s first car with their most competitive season in years.

Vettel has led the championship from the outset in Australia, arriving in Monza seven points clear of Mercedes rival Lewis Hamilton after a knife-edge battle to the chequered flag in Belgium last weekend.

That may not last beyond Sunday, with Hamilton also expected to break on Saturday the record he holds with Schumacher of 68 pole positions.

Ferrari have not won a drivers’ title for a decade, not since Finn Kimi Raikkonen in 2007, and the last Ferrari driver to win at Monza was Spaniard Fernando Alonso in 2010 but hopes are high, nonetheless, that this year will be different.

“If the chance is there we will take it, of course,” said Vettel, who ended practise a close third behind the two Mercedes.

”Of course it would be something very special to win here – also given the anniversary – but it would be a bad sign if we were only to try hard here and not anywhere else.”

“We try hard everywhere, but probably the emotions would be bigger here,” who has won the Italian Grand Prix on three occasions but never wearing the red of Ferrari.

Big Question: How important is it for Monza to be on the Formula 1 calendar?