Lauda: I know exactly what we need to do 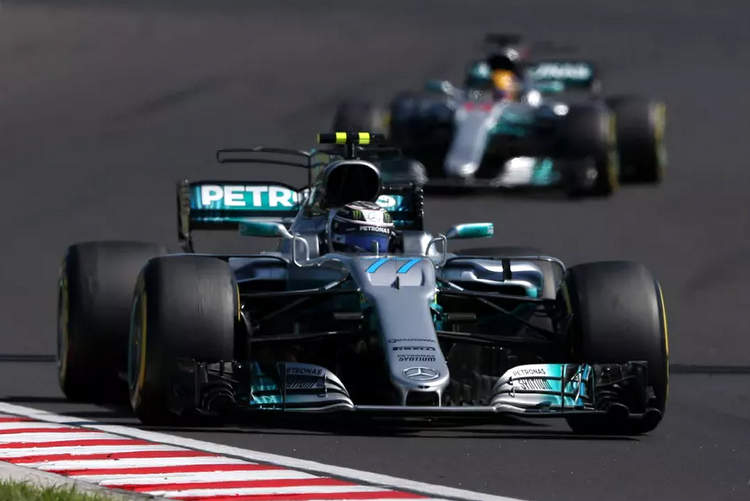 Mercedes F1 chairman Niki Lauda has dropped a serious hint that his team is on the verge of backing Lewis Hamilton for the title and relegating Valtteri Bottas to the role of support driver, as the 2017 Formula 1 World Championship heads to Monza for Round 13.

Ferrari are understandably completely behind Sebastian Vettel’s bid as the German leads the championship by seven points over Hamilton, with Kimi Raikkonen hardly a factor in the title race.

Speaking to RTL, Lauda said, “I’ve been a champion by half a point, so I know exactly how important each point is when you start counting them in the end. I know exactly what we need to do.”

Lauda of course referring to the his last world title victory in 1984 in which he beat his McLaren teammate Alain Prost by half a point. Thus it is quite obvious what he means when he says he knows what has to be done by Mercedes: back Hamilton for the title.

This would consign Valtteri Bottas to number two status for the remaining eight races, a fact that the Finn will accept but believes it is too early in the season for such a call to be made by the Silver Arrows bosses.

But Lauda is adamant, “Bottas did not have a solid weekend in Spa, so it ‘s clear that Hamilton has more chances of securing the title. If Hamilton did not give up those three points in Budapest, it would only be four of Vettel.”

During the Hungarian Grand Prix, Mercedes ordered Bottas to cede third place to Hamilton in an effort to hunt down the leading Ferrari duo. The proviso being that if Hamilton failed to overtake them, he would allow Bottas back through to third place. He did so and with it sacrificed three points, which may prove decisive when it matters at the season’s end.

Mercedes team chief Toto Wolff – always keen to give his drivers equal status – appears to be gravitating to towards Lauda’s way of thinking, “You can only beat an opponent like Ferrari when everything fits in. We want to keep ourselves open with as many options as we can and we also know that there is no manual to deal with these problem.”

“Ferrari has the luxury of having a driver who is clearly ahead of the other, so from now on we will decide race to race. Let us see after Monza. It is a circuit that is good for us, but we saw in Spa that Ferrari has progressed,” cautioned Wolff.

Big Question: Is it time for Mercedes to back Lewis for the title and Valtteri to play secondary role?