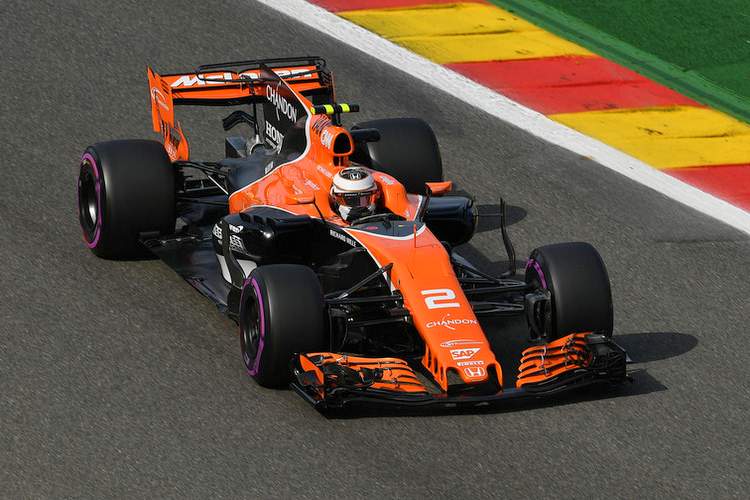 Built in 1922, the Autodromo Nazionale Monza epitomises the history and drama of the Formula 1 World Championship.

The old banking – last used in 1961 – is still clearly visible, as are many of the old grandstands. Aptly, the track is called ‘La Pista Magica’ by the fanatical Italian racing fans

Fernando Alonso: “Like Spa, Monza is one of those legendary tracks where everybody loves watching cars going racing. With the new wider, faster cars this year, it will definitely be another circuit where we’ll see a new fastest lap and some incredibly high speeds on the straights. It’s the fastest circuit on the calendar in terms of outright speed, and for a driver it’s an incredible feeling racing down those iconic straights punctuated by the tight chicanes and big, fast corners that require a huge amount of commitment. We’ve always said this circuit wouldn’t suit our package, and we expect a tough challenge. Although it’s power-hungry like Spa, it’s also different in many ways. Spa is a long race; the Monza circuit is short and sharp and the race always feels like it’s over very quickly. The thing I love most about Monza is the fans. Even when you’re not dressed in tifosi red, the fans come out in force and they’re all super passionate about racing and motorsport. The Italian Grand Prix is a favourite for many people and it really deserves its legendary reputation as a magic circuit for race fans.”

Stoffel Vandoorne: “Monza is a really cool place. I’ve driven there in Formula Renault 3.5 and also in GP2, and I won there in both series, so I know the circuit well and have always really enjoyed racing there. The fans are great, they show a lot of passion, and you feel like you’re swept up by their enthusiasm the whole weekend. Spa was definitely a tough race for us, and we’ve always identified Belgium and Italy as two difficult weekends for us. It was hard to manage our pace with the rest of the pack on the straights, and we’re preparing ourselves for the same thing at Monza, but of course we’ll push hard every day throughout the weekend to try and give ourselves the best chance of a good result. As usual, the important thing is qualifying, but it’s in the race where we need to work on our pace and make sure we can maintain our position throughout Sunday afternoon. We worked really well as a team in Spa to try to we maximise our progression through qualifying and hopefully influence our prospects for the race, and I hope we’ll be able to do more of that this coming weekend.”

Eric Boullier, McLaren-Honda Racing Director: “The Italian Grand Prix is always a ‘must-see’ for any racing fan, and Fernando, Stoffel and McLaren all have very happy memories of great victories there. There’s a huge amount of history at Monza and the venue holds an important place in the calendar: scene of legendary drivers, hugely passionate fans and incredible racing. This weekend will also be the last time we’ll see the McLaren Brand Centre this year, as we conclude the final race of the European season and head east to Asia. The double-header of Spa and Monza are an incredible combination, but one which we knew we would find challenging. Spa was undoubtedly exactly that for us, and although we are certainly managing our own expectations for Monza, we also go to Italy with our usual fighting spirit, and will work together as a team to get as much as we can from the weekend. It’s clear to see there’s still a lot of work to be done before we can feel confident on these kind of power-hungry circuits. However, but we look forward to hearing and witnessing the support from the passionate Italian fans, and as usual will give it our all, not only to get the best possible result, but also enjoy our final racing sojourn in Europe of 2017.”

Yusuke Hasegawa, Honda R&D Co. Ltd Head of F1 Project & Executive Chief Engineer: “After a challenging weekend in Belgium, we’re now heading to Italy for our final race in Europe for this season. The layout is mostly long straights except for couple of chicanes and corners. It is a notoriously power-hungry circuit, with some of the highest average speeds on the calendar. With the nature of the track, we will doubtless face another tough weekend. Furthermore, this race will be the 50-year anniversary of Honda’s victory in the Italian Grand Prix in 1967. It was our second victory in F1, with the RA300 winning its debut race with John Surtees behind the wheel. We’re planning a demonstration run in Monza on Sunday before the race, and I hope everybody will enjoy the Formula 1 sound of old.”