Mateschitz: Where will Max go? 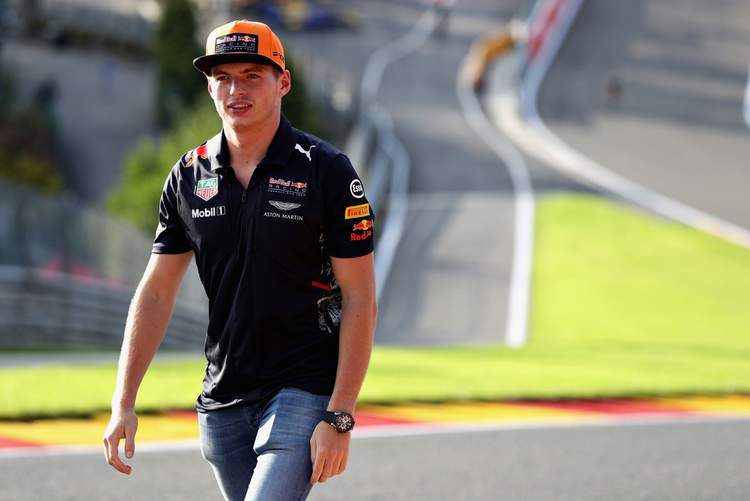 Red Bull big boss Dieter Mateschitz is not happy with the engine supply from Renault that have let down both his teams (including Toro Rosso) so often this season, and in the wake of Max Verstappen’s latest DNF at the Belgian Grand Prix the Austrian billionaire sympathises with the teenager’s plight but questions where else the young Dutchman could go.

Speaking after the race at Spa- Francorchamps, amid numerous reports of Verstappen’s understandable discontent, Mateschitz asked: “At the moment, where is he going?

“Places in the top teams are settled, we know we cannot keep Max if we cannot provide him with a race winning package in the future. ”

“But 50 percent failure rate is simply unacceptable. Max must overcome this test of character,” added Mateschitz.

With regards to a possible alternative engine supplier to Renault for his teams, he said, “Nothing has changed for us. We cannot get Mercedes or Ferrari, and getting Honda will not help us,”

Although Verstappen’s side of the garage has been plagued by misfortune, his teammate Daniel Ricciardo has been more fortunate with only two DNFs due to technical issues on his car.

And at Spa he delivered another solid and opportunistic performance, turning fifth place into third thanks to a daring move – perhaps the best of the race by any driver – to overtake Valtteri Bottas and fend off Kimi Raikkonen on the high-speed run up to Les Combes.

A feat that did not go unnoticed by the man who signs his cheques, “What Daniel showed in his overtaking maneuver against Raikkonen and Bottas was unique. One of the best maneuvers ever. Just unbelievable!”

Meanwhile Renault chief Cyril Abiteboul issued a personal apology to Verstappen after the race in Belgium, and this was followed by an apology from Alain Prost, Formula 1 legend and the French team’s brand ambassador.

Speaking to Canal+ Prost said, “Six retirements for Max this season, which weren’t all our fault, but many were. I personally went over to apologize to him and to the team, in the name of Renault.”

“Often in a team, at least from what we’re seeing from the teams we supply, there are always one or two drivers who have more problems than other, and that’s his case.”

Big Question: Is Max really out of options but to race for Red Bull?