Mallya: No choice but to implement team orders 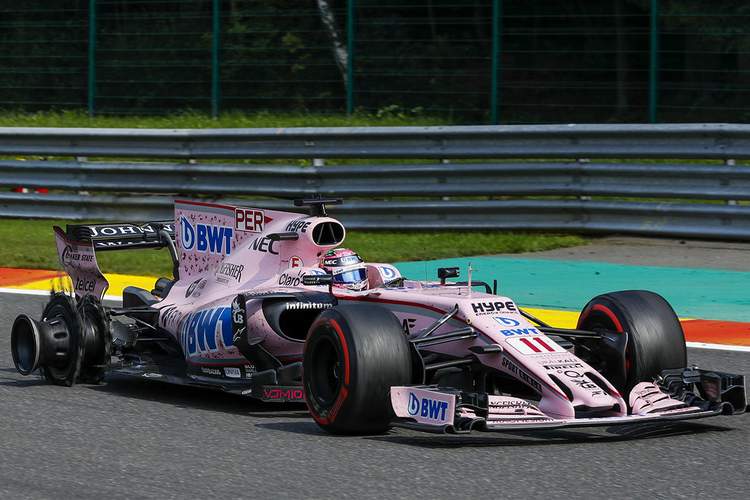 Mallya said in a team press release, “I have been very happy with our overall performance during the 2017 season with both drivers scoring points for the team and racing freely.

“However, as much as I support competitive racing, the repeated incidents between both our cars are now becoming very concerning.”

“Under these circumstances I have no choice but to implement a policy of team orders in the interest of safety and to protect the team’s position in the constructors’ championship,” added Mallya.

Ocon and Perez clashed on two occasions during the Belgian Grand Prix, there third coming together of this nature so far this season.

After the first collision, on the opening lap of the race at Spa-Francorchamps, the pair were lucky to continue without harm to their cars despite the substantial impact.

On lap 30 the pair collided again, on virtually the same piece of tarmac as earlier on, but this time Ocon’s wing was damaged and Perez suffered a puncture. At this point the pair looked set for a solid double points finish for their team.

But from then on Perez’s race was compromised as he suffered a puncture and was out of contention when he was told to retire the car late on in the race. Ocon survived to finish ninth, but much more was in their grasp.

Afterwards Perez accepted responsibility for the first incident and apologised, but of the second coming together he said that Ocon had been too ambitious.

The Frenchman questioned if the Mexican was intent on killing them both.

Damage limitation today, we were having a good race until Perez tried to kill me 2 times! Anyway he didn’t manage to do so ending up P9😉! pic.twitter.com/00kmub96B4

Today [Monday] he toned down his accusations and explained that he was quoted said in the heat of the moment after the race when his emotions were running high, and posted the following Tweet:

Perez expanded on his side of the story a day later:

The teams COO Otmar Szafnauer said, “It wasn’t the result we wanted and we left behind a lot of points after a collision between our drivers. This is what you get when you have two very competitive drivers who are fairly equal in performance in a decent car.”

“It has happened to others in the past and it is happening to us now. However, we cannot afford to see this in the future, so we will ensure the team controls what happens on the track.”

“We gave our drivers the chance to sort it out by themselves, but if they cannot do it, we will have to put some more rules in place and take the situation in our control,” added Szafnauer.