Raikkonen: Don’t make a story out of that! 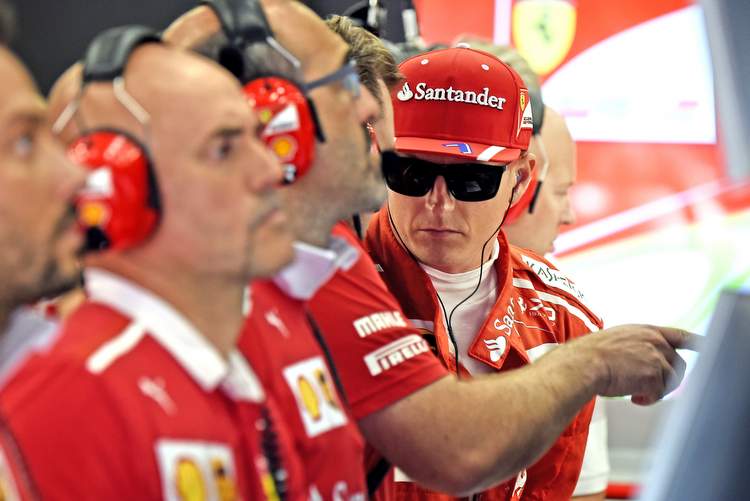 Sebastian Vettel was quick to thank his teammate Kimi Raikkonen for the tow he received from the Finn during his final flying lap during qualifying for the Belgian Grand Prix.

Vettel, who was struggling to match Raikkonen and eventual pole winner Lewis Hamilton throughout the afternoon, pulled off a great final lap to secure second place on the grid.

But immediately after qualifying the German credited his teammate, “I have to also admit that I was a bit lucky with Kimi, he had to abort his lap but he gave me a very, very nice tow.”

And added, “I understand, he had a mistake on his last flying lap, his last attempt, he obviously cruised back to the pits. I think he just saw a red car in the mirror and thought: I’ll hand him a tow. Which was quite nice. It was obviously quite useful for me – but it wasn’t planned.”

Vettel estimated that the slip-stream was worth around two tenths of a second on his final hot lap.

When quizzed about the incident Raikkonen replied, Don’t make a story out of that! I had a mistake and was coming back and if I can help I will do it and it cost me absolutely nothing. There is no other story behind it.”

Raikkonen will start the race from fourth on the grid

Finally with regards to Vettel being confirmed for another three years with Ferrari, Raikkonen said, “I think it is no secret that we enjoy working together. He is straightforward and I think this is a good situation not only for us but also for the team. I don’t make the decisions but from my side I am very happy.”