McLaren may have to stick it out with Honda 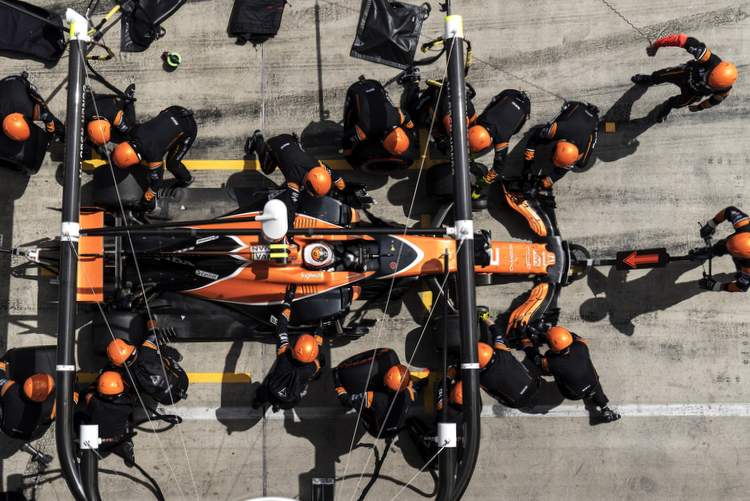 McLaren may have no choice but to stay with Honda next season after the Japanese manufacturer played down talk of a switch to Toro Rosso, and Renault said supplying more than three teams would hurt their current partners.

Toro Rosso are supplied by Renault, along with Red Bull and the manufacturer’s factory team, while McLaren are Honda’s sole partners.

Mercedes and Ferrari, Formula One’s other engine manufacturers, are already committed to three teams each and the rules say the governing FIA must approve anything more than that.

Honda are keen to continue with McLaren, former world champions who are now ninth of 10 teams and are running out of patience after three seasons of poor reliability and under-powered engines.

The FIA would be unlikely to support any move that effectively forced a manufacturer out of the sport.

The talk before the August break was of Toro Rosso possibly switching to Honda, freeing up a Renault supply for McLaren, but comments to reporters at the Belgian Grand Prix indicated that likelihood had receded.

“There have been discussions with McLaren but right now there is a restriction in the regulation if we wanted to supply more than three teams,” said Renault Sport managing director Cyril Abiteboul.

“In addition to that, I don’t think it would be reasonable to believe that we could supply more than three without degrading the quality of service for the other teams,” he added.

“If there is something to be done, why not? But right now I understand that things are very quiet and we are not necessarily proactively pushing for anything.”

McLaren executive director Zak Brown said his team had supported a cancelled partnership between Honda and Sauber and would be “very supportive of Honda having a relationship with Toro Rosso.”

He added that McLaren had been working on a gearbox for Sauber and had been asked by Red Bull principal Christian Horner whether the Woking-based team could supply Toro Rosso if the Honda deal went ahead.

Honda’s F1 head Yusuke Hasegawa said there had been no formal talks with Red Bull-owned Toro Rosso, although reports have indicated there were informal discussions at a high level.

“I don’t think so,” he said when asked whether Toro Rosso might be in line for a Honda supply in 2018. “We don’t have an official conversation about that.”

Big Question: Are McLaren out of options to replace Honda?