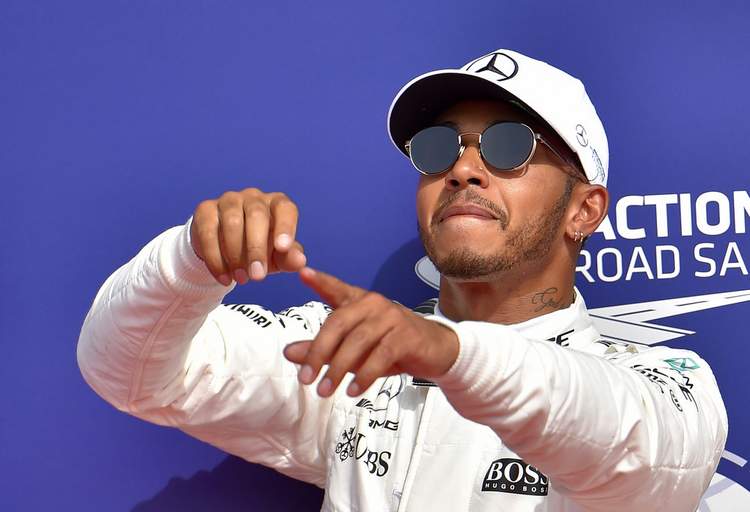 Mercedes driver Lewis Hamilton had expected to equal Michael Schumacher’s record of 68 Formula 1 pole positions, but when the moment came at the Belgian Grand Prix on Saturday, the triple world champion still had to pinch himself.

“It is definitely a special day. I knew it was on the horizon and at some stage I would get the 68th pole,” the Mercedes driver told reporters. “I did not apply pressure, but now being there it is an unusual place to be.”

Hamilton could have equalled the record in Hungary at the end of July, but Ferrari’s Sebastian Vettel pipped him to the pole. But the Briton left no room for doubt on Saturday, dominating every phase of qualifying.

Spa, the circuit where Schumacher took his first grand prix win with Benetton in 1992 and his seventh and last championship with Ferrari in 2004, was a fitting location.

Schumacher’s teenage son Mick will drive a demonstration lap on Sunday in his father’s 1994 title-winning Benetton to mark the 25th anniversary.

“I remember coming here in 1996 for my first grand prix, and watching Michael come by out of Turn One, and the vibration of the engine shook my ribcage,” recalled Hamilton, who replaced the German at Mercedes in 2013.

“It was incredible. That is when my love for the sport took another step. To think I have equalled him on poles is very surreal and very much a humbling experience, particularly knowing that Michael is such a legend…I feel very proud to be up there with him.”

Schumacher has not been seen in public since he suffered severe head injuries in a skiing accident in France in 2013, and is being cared for at home in Switzerland with the family guarding his privacy closely.

But a message was delivered on behalf of the family by former Ferrari technical head and ex-Mercedes team principal Ross Brawn, “I´m here to deliver a very special message from Corinna Schumacher and the Schumacher family, who want to congratulate you on equalling Michael´s record.”

“Michael always said records are there to be beaten, so they want to send their very special thanks,” Brawn told Hamilton in front of the crowd.

“I have always had fond memories of him,” he said. “In Abu Dhabi, just before he left, I plucked up the courage to ask him if he would swap helmets with me and he was welcoming and did so. That is definitely one of the coolest things I have in my house.”

With 68 poles in the bag, Hamilton felt there would be many more to come, “I plan on being here for some time so I will work towards whatever number it could be. I believe we can get many more poles so that is the goal. The sky is the limit really.”