Alonso: I received several offers but will wait as long as possible 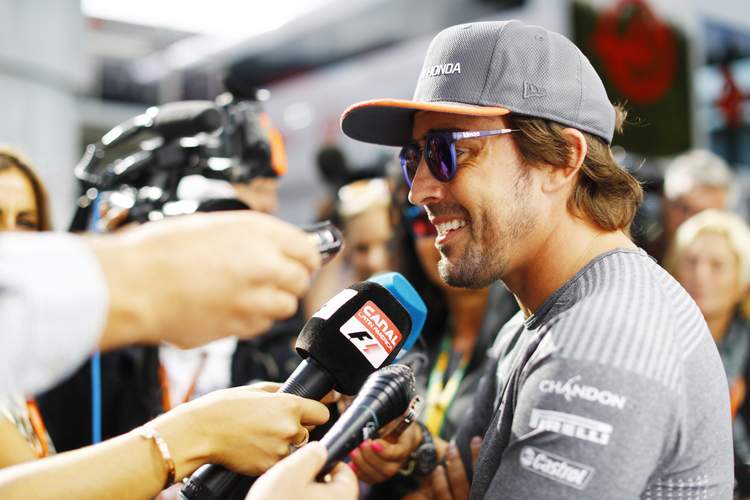 Fernando Alonso responded to reported interest from Williams on Saturday by saying he had received several offers to leave McLaren at the end of this Formula 1 season but had yet to decide his next step and will hold out on a decision as long as he can.

The 36-year-old Spaniard, who was world champion with Renault in 2005 and 2006, previously said he would stay with struggling, Honda-powered McLaren if they could win races by September.

German media reports ahead of Belgian Grand Prix suggest that a deal has been struck and is now only awaiting signatures from both parties..

“I received several offers, To 60 percent of those offers I say no right away, the other 40 percent are still on the table. I will wait as long as possible,” Alonso told journalists when asked about the reports.

Williams’s Chief Technical Officer Paddy Lowe would not comment on whether the team were in talks with Alonso but said a good driver was important to take them to a higher level.

“You need great drivers and great cars to win races and there’s a bit of a chicken and egg thing. The better the car you have, the better the drivers you can attract,” Lowe told reporters.

“With a great driver in the team everybody is motivated to work that bit harder. There are lots of great drivers out there and we’ll always try and get the best ones we can,” he added.

While McLaren are not yet setting the race-winning pace Alonso demanded, the team’s form has improved. The Spaniard finished sixth in Hungary and has qualified in 11th place for the Belgian race, prevented from starting higher up the grid by a faulty Honda engine.

“Apart from the engine issue, the day was perfect,” said Alonso, who started his Formula One career with lowly-ranked Minardi in 2001.

Alonso said he was hoping for rain in Sunday’s race to help him secure points and improve on his current 15th position in the drivers’ championship, “We’re probably not quick enough to score otherwise.”