Vettel: There is no news at the moment 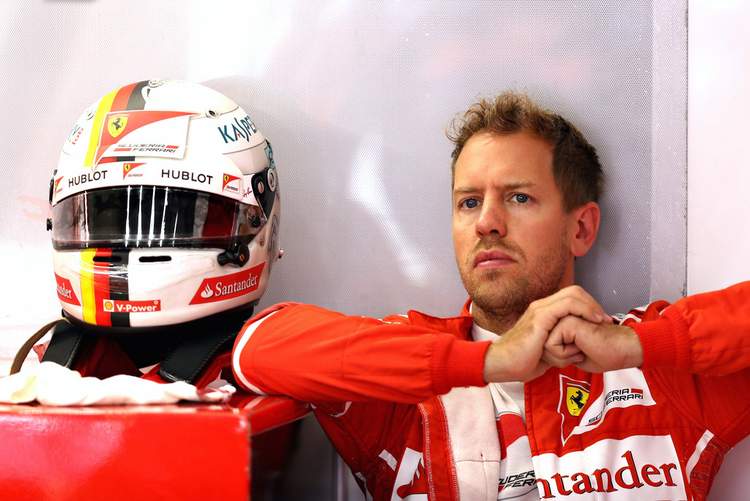 Sebastian Vettel has said that he will not sign a new deal with Ferrari before Monza, despite the fact that Kimi Raikkonen has extended his time with the team for another year and that the Italian Grand Prix is traditionally the time that the team make their driver announcements.

Although Vettel is adamant that he is totally focused on the job at hand of winning the championship, which he leads with nine of the 20 races remaining, the story of the delays with his contract extension with Ferrari won’t go away.

A source close to the team has revealed to GrandPrix247 that Ferrari are prepared to break the bank to keep the German, offering a three year deal worth $50-million per year for three years, excluding victory and championship bonuses which could be worth $250-million if he signs to stay with the team until the end of 2020.

Ferrari big boss Sergio Marchionne said last month: “I made it very clear that if he wants to stay then we’ll just renew [the contract]. It´s up to him.”

The new Ferrari deal on the table would make him the best paid driver in Formula 1 and one of the highest earning sportsmen in the world. But it appears that Vettel is baulking to make such a long term commitment to the Maranello squad.

When asked if he would announce a new deal with Ferrari at Monza (next weekend) the four times World Champion said it was unlikely.

When pushed for a date when he would reveal his plans, Vettel was vague, “I do not know, we’ll see. Of course, the time will come when there will be news.”

“We are here now and there is no news at the moment. We are not concentrating on this. Our focus is on the race weekend here. The same applies for the race next week. I honestly do not expect any news about my future then either,” added Vettel.

Since the end of last season, in the wake of Nico Rosberg’s retirement, Vettel has been linked with a move to Mercedes for 2018. An option was apparently signed by the two parties in the aftermath of a season packed with tension between Vettel and his team.

But since then the Reds have raised their game and Vettel has been the man to beat this season, while Mercedes have filled Rosberg’s shoes with Valtteri Bottas who has impressed his paymasters to the point that they have denied that Vettel is on their radar.

Furthermore, yesterday, Lewis Hamilton made it public that he did not believe Vettel would want to be his teammate. Suggesting that the German would not be able to have the Silver Arrows team built around himself, which tends to be the way he has operated during his years at Red Bull and now at Ferrari.

Regarding Raikkonen’s extension, Vettel said, “As for the renewal of Kimi’s contract, there is no discussion on his talent. It is nice to see the team is appreciating his work and I am happy to work with him.”

A day after this report Vettel signed three year extension: