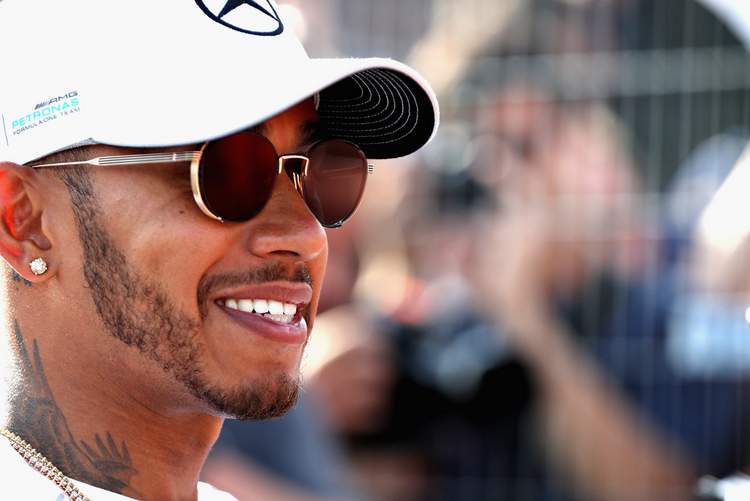 Lewis Hamilton will celebrate his 200th grand prix start on Sunday when he lines up on the Spa-Francorchamps grid for the 50th edition of the Belgian Grand Prix, and revealed that he is more motivated and passionate than ever before.

Speaking to media after ending day one of free practice at Spa fastest of all, Hamilton said, “You would think after 200 races that your passion or desire to win might fade but it’s stronger than ever.”

“I remember my first Grand Prix and even before when I was dreaming of one day becoming a Formula 1 driver. It’s crazy to think that I’ve now done 200. I should toast to the next 200.”

“I’m really grateful for what I have. Of course, I think we all set out in life to achieve more, we always set the bar so high. But ultimately our target is not necessarily what we meet.”

“There have been so many highlights. Still my first Grand Prix is such a huge highlight, my first GP win, the Silverstone win, the Monaco win. Winning the title in Brazil was a highlight, although actually it wasn’t a great experience.”

“I can’t think of what’s been my favourite race. It would probably be a wet race when you’ve really gone through a lot of difficulties because it is so difficult in the wet conditions.”

With regards to the job at hand, namely the Belgian Grand Prix and the current world championship, Hamilton said, “I’m hoping we will be stronger than them – that has been our goal. We know what’s happening with our car and know where it can be better but we don’t want to big it up or downplay it. We’ll let them do their talking outside while we’re here to deliver some very special performances.”

“Every day I wake up and the goal is to lead the championship and stay in the lead. Coming into the second half of the season, unreliability is something that every single individual in the team is working hard to make sure it doesn’t come into play for us. From my side, I want to be even more consistent than I have been already this season. I want to be performing at the top level.”

“Ferrari’s consistency is going to be important. It’s clear that there are certain tracks where the characteristics of the circuit suits our car better or theirs works better. It’s about trying to minimise the losses if there are to be losses in those scenarios. Everybody at the factory is working to make sure our car is great everywhere.”

“It’s important that we win every race and I want to be ahead of him in every race, that’s my goal here. No games. I’m here to win and I want it just as much, if not more than, anybody else this year,” he concluded.

Hamilton is targeting a fourth Formula 1 World Championship, and with nine races remaining in this season’s title battle he trails Sebastian Vettel by 14 points – the pair having scored four wins each thus far.