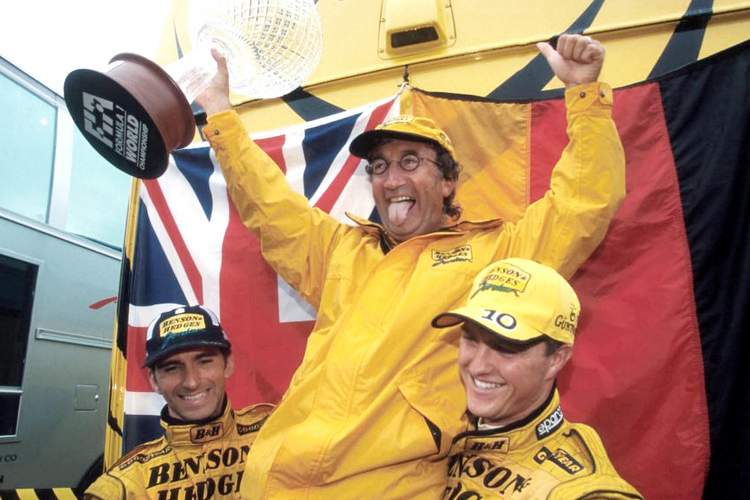 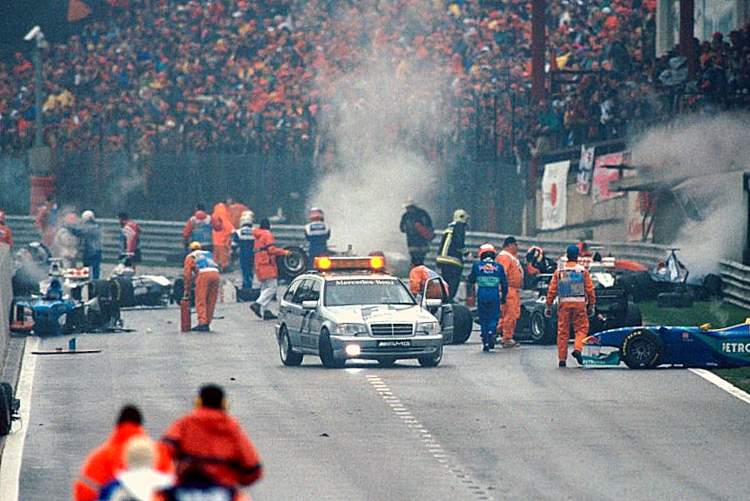 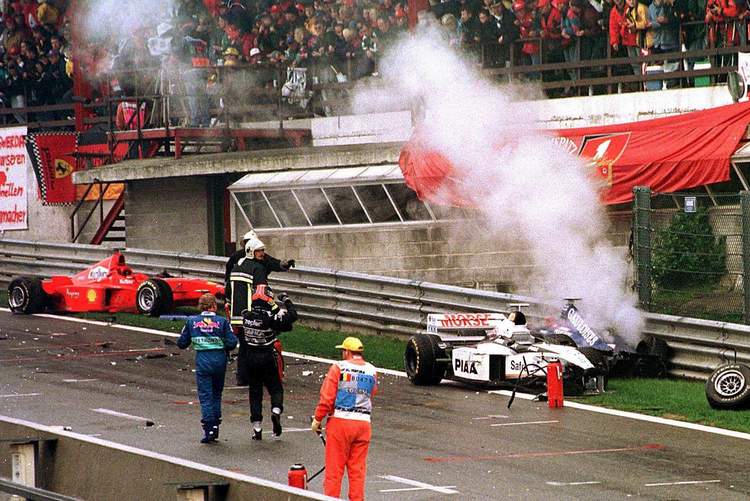 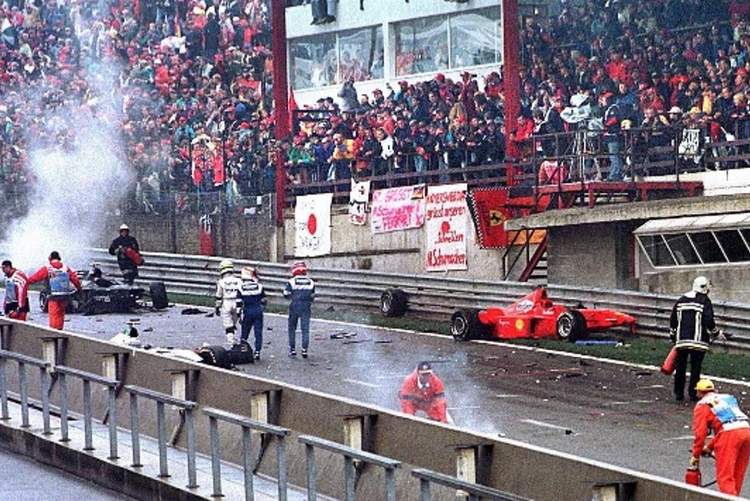 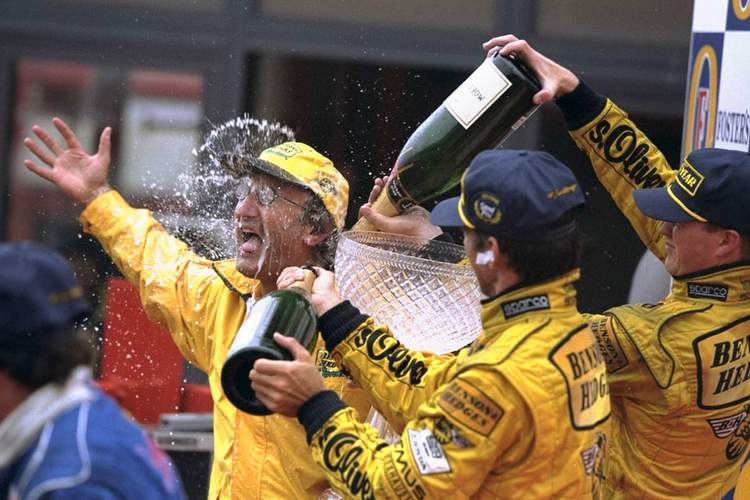 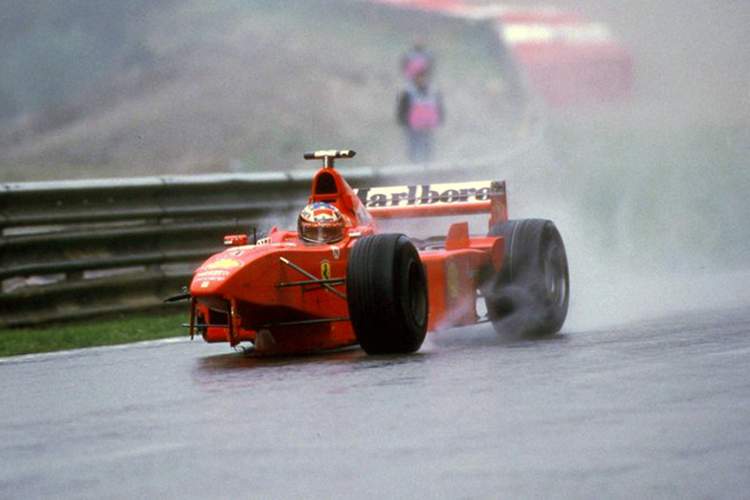 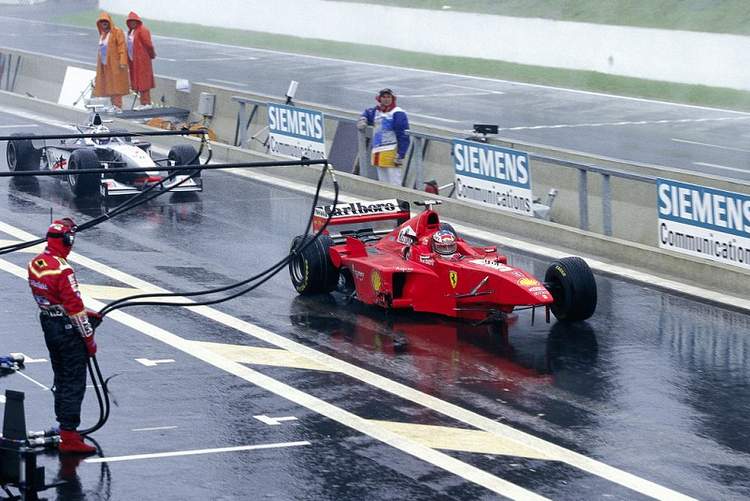 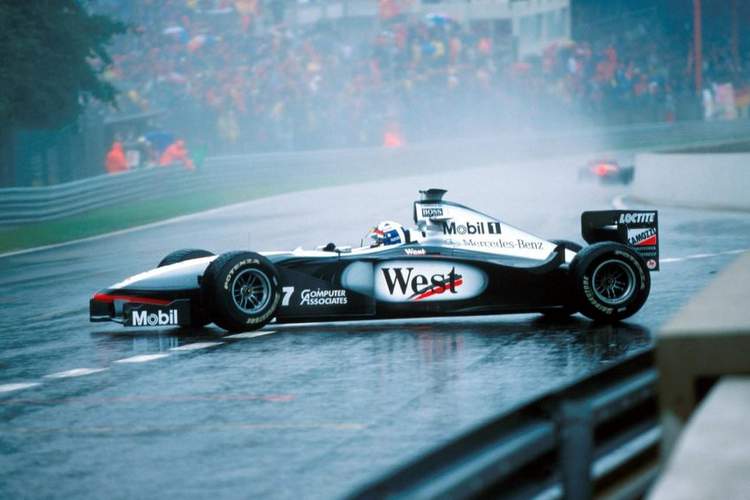 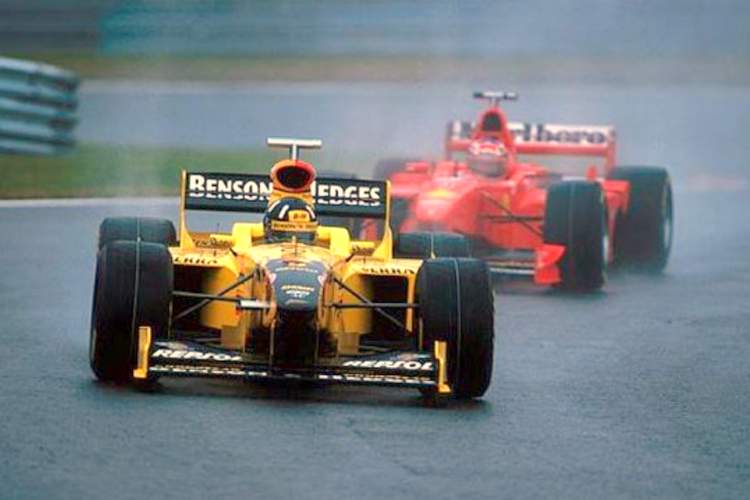 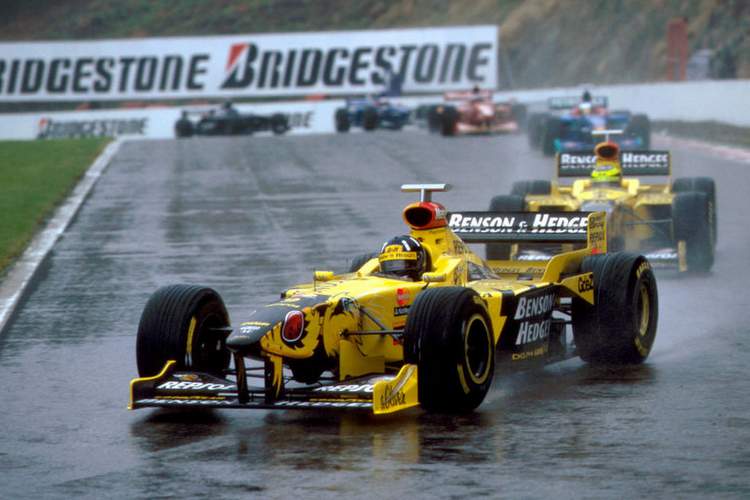 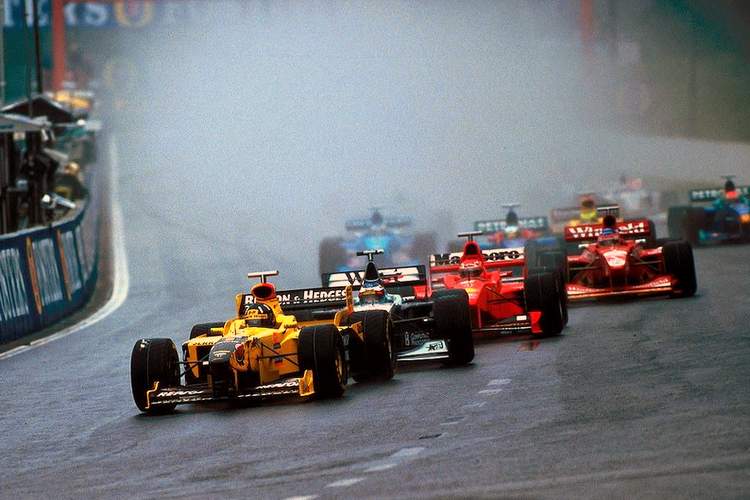 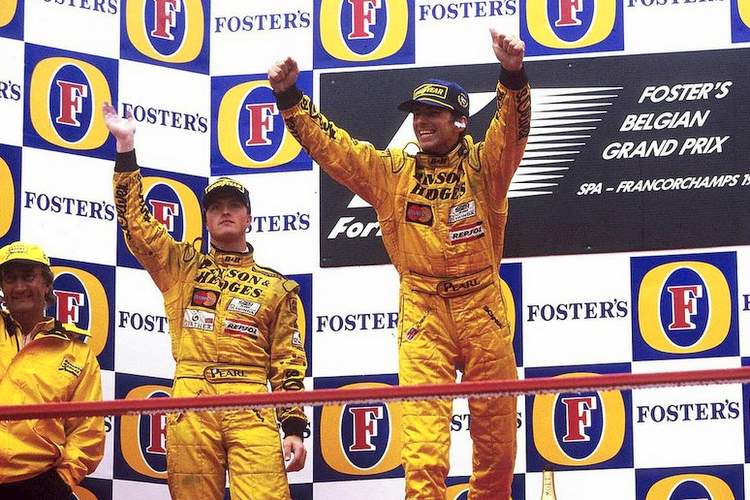 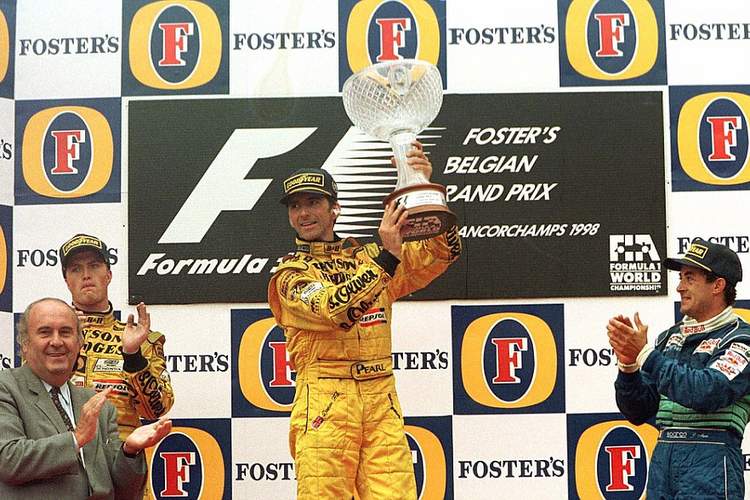 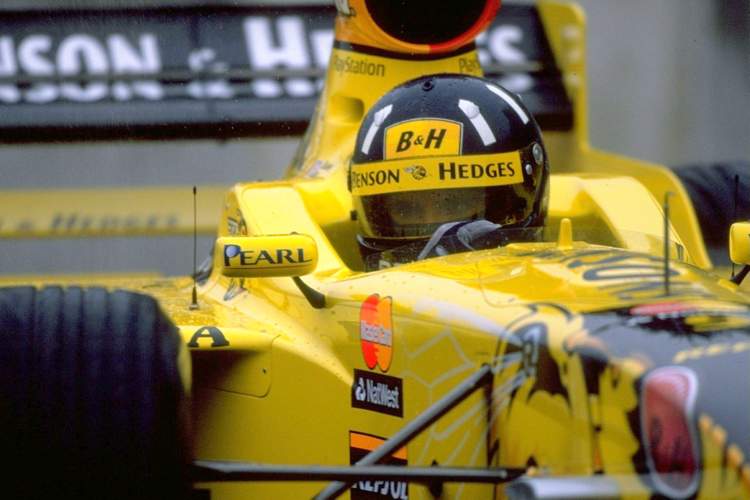 In the wide world of professional sports, few are as unfriendly to the underdog as Formula 1 can be…

Money always talks, and that means even the best drivers have almost no hope of a victory when their equipment isn’t up to par – the 1998 Belgian Grand Prix was one of the few times the underdog did triumph amid a mayhem packed grand prix.

In what would go down as one of the most chaotic races in F1 history, Jordan’s Damon Hill managed to emerge from the bedlam with his team’s first ever victory. All he needed to make it happen was a sequence of events you couldn’t make up if you tried.

Starting under the wettest of wet conditions, the race was always going to be a messy one with visibility and grip at a premium. For his part, Hill had managed to qualify third – his best qualifying performance of the season – but still had a mountain to climb with the McLaren pairing of David Coulthard and Mika Hakkinen ahead of him, the latter a full second ahead on pole.

At the start, Hakkinen managed to hold his lead, but Coulthard wasn’t so lucky, and fighting with the Ferraris on the run-down to Eau Rouge lost control in the spray and plowed his MP4-13 into the barriers, coming back across the track to collect an additional twelve cars. Immediately red flagged, only 18 cars made it out for the restart an hour later.

Finding it more difficult at the second time of asking, both McLarens had slow starts, allowing Hill to sneak into the lead before the first corner. Having seen his advantage evaporated, things quickly worsened for Hakkinen as he ran into the sidepod of Michael Schumacher, spinning both drivers, and having his own race ended as the trailing Sauber of Johnny Herbert was unable to avoid a collision. Unharmed, Schumacher was able to recover, and after a safety car period found himself in the lead and on the attack.

Over the next several laps, the Regenmeister proved to be in his element, establishing a commanding lead on the second-placed Hill while the spins and crashes continued. By lap 25 of the 44-lap race, Schumacher had established an untouchable 37-second lead, but it all came apart when in the process of lapping the struggling Coulthard, he went straight up his spray-shrouded backside.

What should have been a classic Schumacher victory was instead an unbridled disaster, with the two-time world champion having to be restrained from fighting Coulthard in the pits.

Now finding himself back in the lead, Hill looked in the clear for his first victory since his departure from Williams at the end of the 1996 season, but a second safety car brought his teammate Ralf Schumacher back into play, who sought permission from the pit wall to race Hill to the finish. Under Hill’s objections, team boss Eddie Jordan decided to implement team orders, infuriating Schumacher, but ensuring the 1-2.

In what would end up being his last victory in Formula 1, Hill had pulled-off one of the most improbable wins in the sport’s history, with Jordan representing the first new winning marque in twelve seasons.

Only eight cars finished, with the Sauber of Jean Alesi taking a similarly unlikely third. No, it didn’t count for much in the context of the 1998 championship, but nineteen years later, it’s the one race from that season that stands leaps out from the history books, as good an example as any of F1 at its dramatic best.