Porsche developing a Formula 1 engine for 2021? 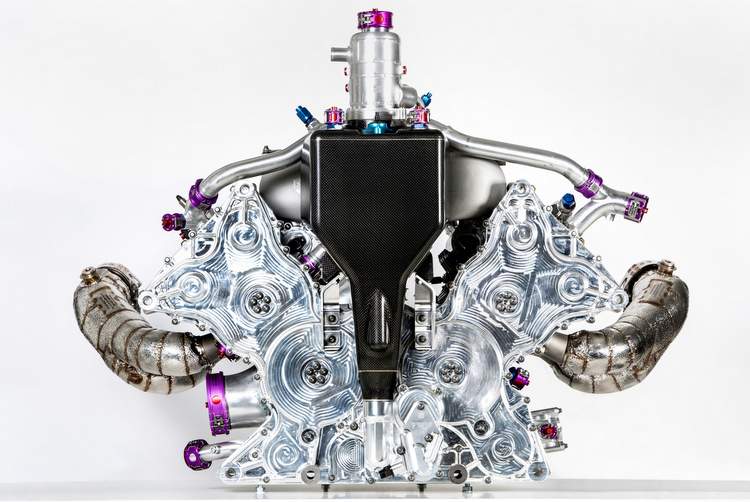 In recent years Porsche have been adamant that they are not considering a Formula 1 programme, Michael Steiner – a member of Porsche’s executive board who represents research and development – has explained what the iconic car maker has in store for their motorsport future while revealing that his company will continue to develop efficient high-performance engines.

In an interview with Auto Motor und Sport, Steiner explained, “We have decided to reorganize our motor sport strategy – and to align it with our corporate strategy. In addition to purist GT road cars, fully electric sports cars are also part of our programme.”

“Both will be reflected in the future of the Porsche motorsport world. Sports cars are and remain central to Porsche and they will continue to be equipped with combustion engines in the long term. E-mobility is a new major topic.”

“In the future, we will split our commitment: On the one hand, we will drive with the conventionally driven products in the GT and customer sports and [on the other] we are entering Formula E as from 2019.”

“The series is developing in an interesting direction. For example, think of the rear axle with the electric motor, which is optional, or take the inverter and battery management which we will be able to develop.”

“Short-term a better battery is to be used in the Formula E, so the car changes during the races are eliminated. In addition, power increases are planned. Brake-by-wire will follow and much more. We have seen the road-map on the technical side. The regulations will continue to open and these developments are very interesting.”

Porsche built a hugely successful turbo F1 engine, in the eighties, for McLaren and financed by their partner TAG. It engine was officially known as the: TAG-Porsche TTE PO1 1.5 V6t. But at the time the German auto maker were more intent on building it for the team rather than have it badged with the Porsche badge just in case it failed on track.

A return by Porsche to Formula 1 has always been a subject of speculation. And right now the chances of a foray by the German manufacturer as an engine supplier could well be on the cards, depending on the route the F1 takes when the new engine rules which will be introduced for 2021 and beyond.

Steiner explained the current situation, “Like other manufacturers, we are participating, at the invitation of the FIA, in the discussions on the future Formula 1 powertrain.”

And added somewhat cryptically, “The team at Weissach is not working on an F1 engine at the moment, but it is working on a high-efficiency engine, on concept levels – without a decision about what we are doing with this engine of the series or in racing.”

“We would have worked on efficient high-performance engines in the continuation of the LMP1 program and we are now driving this development forward. This development contract with the engineers will run over the next 18 months.”

Finally he was asked: you’re not going to enter Formula One in 2021? To which he replied, “I assume not, there is no statement with regards to this.”

Nevertheless there is a school of thought that believes Porsche are sitting on the fence (like several other manufacturers) to see where the FIA and Liberty Media decide go with the new F1 engine formula.

However, should the new power unit regulations appeal to them then Porsche could create a F1 programme whereby they will supply engines to Formula 1 teams on a customer basis.

Big Question: What would make Formula 1 attractive for Porsche to enter?