Hembery: Is Formula 1 a series for manufacturers or teams? 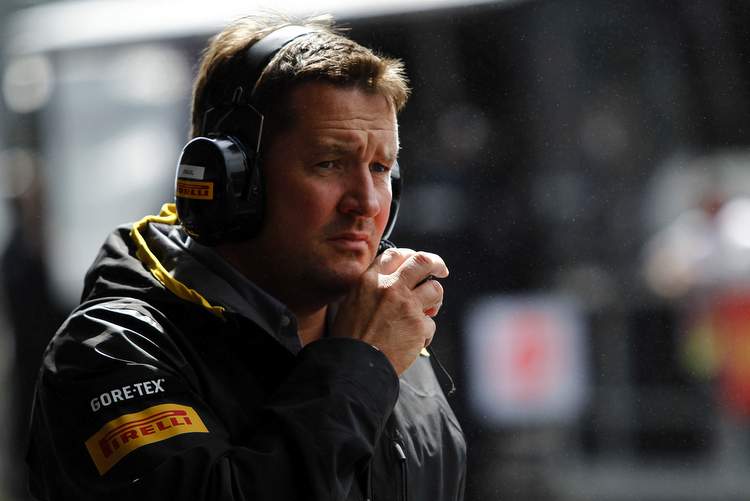 Former Pirelli motorsports director Paul Hembery gave up his post to head up the company’s operations in Latin America, but he still keeps in touch with what goes on in the paddock.

He asks a very relevant question: Is Formula 1 a series for manufacturers or teams?

Either way cost reduction and creating a balance of power should be the priority for the rule makers, because Hembery is concerned that the complexity and expense of Formula 1 is keeping manufacturers away to the benefit of alternative racing series’ such as Formula E.

While teams looking to participate at the pinnacle of the sport will simply not consider a F1 programme because costs are out of control. Even newcomers Haas who have entered the sport with state-of-the-art equipment and substantial funding are frustrated by the fact that they have no chance to get on the podium let alone win races.

Hembery gave his views, of where Formula 1 isd right now and where it should be heading, in an interview with Auto Motor und Sport, “The product needs exciting races, fights and overtaking, which are mainly the domain of the driver. The driver must be our superstar, not the car.”

“Then we have to decide: Is Formula 1 a series for manufacturers or teams? If we want the manufacturers to be in it, they must be competitive, or appear to be. They must not be afraid of ridicule and damage to their brand.”

“We are experiencing this with the engines. Two manufacturers have trouble with their power units [Honda and Renault]. This is not good for the sport.”

Hembery points out that the balance of power in Formula 1 is tilted towards the big teams. Ferrari, Mercedes and Red Bull gobble up the victories and hog the podiums, the other seven teams battle closely with on another for the crumbs.

“Let’s be honest: what are the two racing series in which the manufacturers are pushing into aggressively? Formula E and the GT series. Thus Formula 1 needs a balanced platform. I call it a balance of performance. In GT races it exists, and it works. You can argue about the format of this equilibrium.”

“If Formula 1 is not important to the manufacturers, it must substantially reduce costs. [At the moment] the money you need to drive two cars in circles is hard to justify today. This can damage the sport.”

Hembery argues that despite the Formula E hype, Formula 1 remains more relevant to consumers, “It is clearly the desire of the manufacturers to look for a platform for future development. Therefore, they go into the Formula E. The question will be: Will it attract a big audience?”

“Heading a motorsport programme you have to decide: Do you want a shop window or a sport that is popular and offers interesting races? Formula 1 is popular.”

“And let’s not forget that the technology in Formula 1 is still more relevant than the one in Formula E. Look at the sales figures of the electric cars compared to the conventional cars with hybrid drive. I think the hybrid technology will be on our roads for the next 20 years, because electrification is not going to be the same in all countries.”

“We should also inform people properly about Formula 1, which often publicises the unique features badly to the public. As early as 2009, we had KERS in the car. Outside of the sport, hardly anyone knew that. Formula 1 is well ahead of its time.”

Hembery was last involved in Formula 1 during the height of the Bernie Ecclestone led era. But much has changed since then with Liberty Media buying the sport while installing Chase Carey and his crew in charge of the sport after quickly deposing the former F1 supremo.

“They do a lot of things differently and try to involve the audience better while making it more attractive on TV.” acknowledged Hembery. “Formula 1 has certainly needed this. But Liberty has not been in this office very long. Their task is huge. They must take care of: future rules, the organizers, sponsors, new digital platforms.”

“So it will take time understand whether they are on the right path. That is why the automotive manufacturers are still sitting on the fence. They want to know how Formula 1 will look in 2021. I tell you this: We have been given the chance to change something. We must now make sure we change things in the right way,” added Hembery.

Big Question: Should Formula 1 be a series for manufacturers or teams?