Hasegawa: We underestimated it 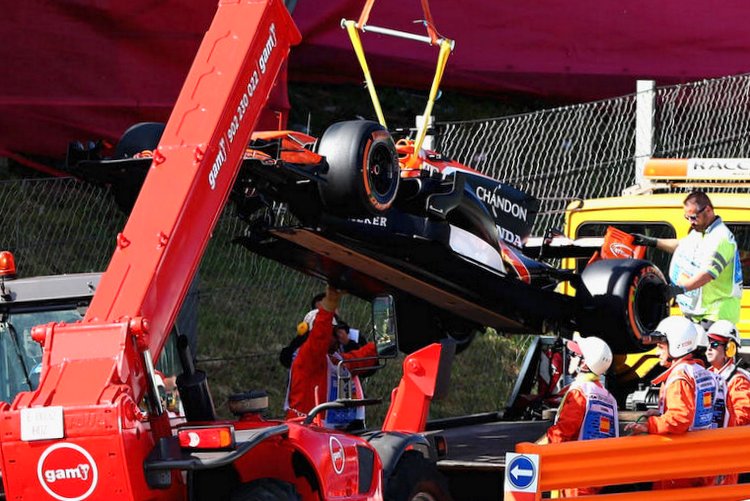 Honda made a brave decision ahead of the 2017 Formula 1 season to ditch their power unit of the previous two years to introduce an entirely new and untested engine concept, a decision which has backfired massively on McLaren’s campaign this season.

Amid a woeful season where the Honda engine is easily the least powerful, slowest and unreliable, the company’s F1 chief Yusuke Hasegawa admits, “From the concept point of view, we underestimated it. Although it took a bit of time to stabilise, we understand it was a stage we had to overcome – it was very tough.”

“We thought we had enough preparation time, which is why we started this year’s engine development in May, but one year is not enough. Theoretically speaking, we have already achieved some good steps. We are in the middle of our target but we need more steps to catch the top runners.”

Although the Honda PU has improved, so have the opposition as Hasegawa explained, “We know the target, which other teams have already achieved.”

“We know most of the teams are using the same concept of our engine but obviously we don’t know the exact solution, the exact design, the same level of performance we can achieve.”

“But we know the direction and we know some elements to achieve that performance, but we still have not concluded what elements we have to introduce.”

Clearly the engine lacks in every department as Hasegawa revealed that Honda’s engineers are working on “mainly the combustion but also every area, such as fuel consumption, auxiliary parts – everywhere we’re trying to find more horsepower.”

At the Hungarian Grand Prix, on a circuit where power is not crucial, Fernando Alonso and Stoffel Vandoorne were sixth and tenth respectively – the McLaren’s best result of the season thus far which lifted them from last place in the standings to ninth.

Big Question: Can Honda turn their power unit into a race winner any time soon?