Horner: Gap between us and Mercedes and Ferrari is too big 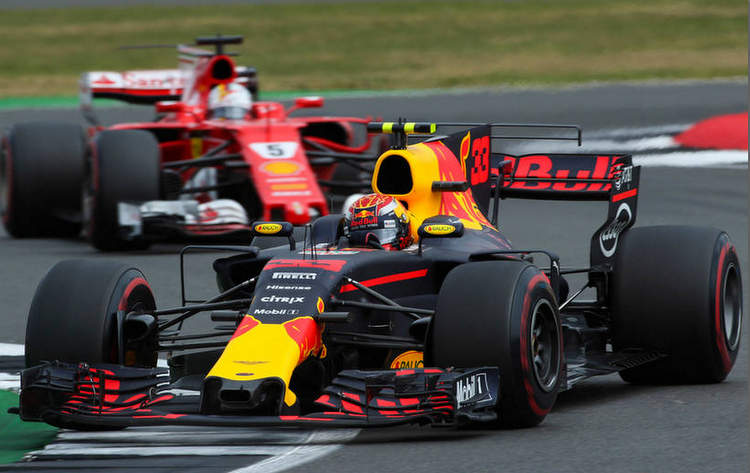 Christian Horner acknowledges that his Red Bull team are unlikely to reel in Mercedes or Ferrari in the 2017 Formula 1 constructors championship, with the nine races remaining on the calendar, but is urging his team to try and outscore Ferrari in the latter half of the season.

In a recent interview Horner conceded, “From a championship point of view I think the gap between us and Mercedes and Ferrari is too big to haul back but I would like to at least outscore Ferrari certainly in the second half of the year.”

But added, “I think if we can get into a situation to challenge for podiums and even the higher places on the podium at a couple of races between now and the end of the year then that is a realistic and I think aggressive target for us.”

Stats show that Red Bull – with Daniel Ricciardo and Max Verstappen – have 184 points with one win to their credit after 11 races, while Mercedes lead the constructors’ standings with 357 points and Ferrari on 318.

It is clear that Mercedes and Ferrari have the better package, with Red Bull lacking about half a second when it matters. Much of this deficit can be attributed to their Renault (TAG Heuer) power unit.

But when asked if it is up to Renault to raise their game, Horner replied, “It’s a collective ball in everybody’s court!

“We all need to improve, and I think in Formula 1 you can’t leave any stone unturned. So even though we’ve put performance on the car [in Hungary] we will be revisiting all of those components and saying: OK how can we be better?”

“And it’s that philosophy and approach that has served us tremendously well for pretty much the last 10 years,” added Horner.

Big Question: Can red Bull reel in Ferrari and Mercedes in the remaining nine races?