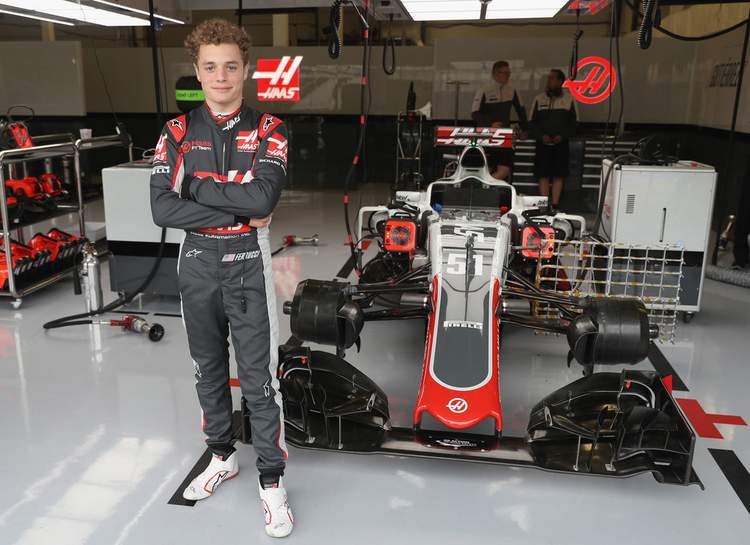 American teenager Santino Ferrucci sampled a Formula 1 car for the first time when he tested for Haas at the recent Hungaroring Young Driver Test, admitting that the experience was a big step because there is nothing quite like Formula 1 in a young drivers ladder to the top.

Reflecting on his time in the car, 19 year old Ferrucci said, “Everything is a massive step, GP3 to F2 was huge. On carbon brakes [in F2], my first push lap out I broke 30 metres too early, looked up, was at the 50 and had to get back on the gas.”

“It was an experience, to get in the car, I was just getting used to the brakes in F2, in F1 the braking point is roughly the same, it wasn’t that big a step. What’s more of a step is the high speed, the F1 car is just nothing like anything…”

“You’re carrying 30 or 40 km/h more in every turn, from fourth and fifth gear [corners] upwards, and that’s the hardest part to get used to. “With low-speed and mid-speed I’m pretty sure I’m really on the limit, or within a km/h or two.”

“In the high speed, obviously every lap I go through it’s like half a km/h more, half a km/h more. The problem is though, when you find that limit, when you lose the car, you just kind of hit the brakes and hold on and try and keep it out of the way.”

“This car on the limit, it can be a bit scary at times, so in the high-speed I prefer to just back off a few km/h and lose a tenth and be safe rather than risk it every lap,” added Ferrucci.