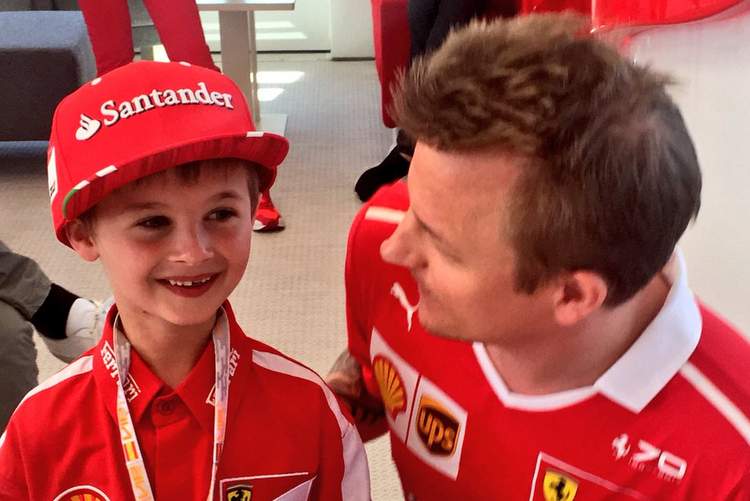 They are moments in sport you can never forget: TV commentator Gary Lineker freaking out after a Barcelona goal; the remarkable story of a schoolboy basketball star with no arms; a six-year-old in tears because his F1 favourite has crashed out. Emotional, inspirational, heart-warming.

Yes Kimi’s heartfelt gesture to locate the child (and his parents) during the Spanish Grand Prix and then hand him VIP treatment is one of those moments you simply cannot script.

Starting today sports fans can have their say in the Laureus World Sports Awards by voting in an online global poll to pick their Best Sporting Moment of the Year. 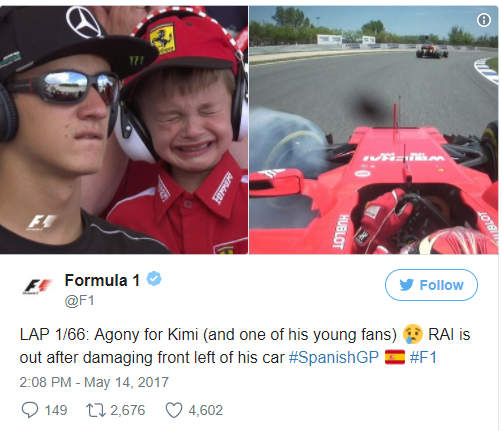 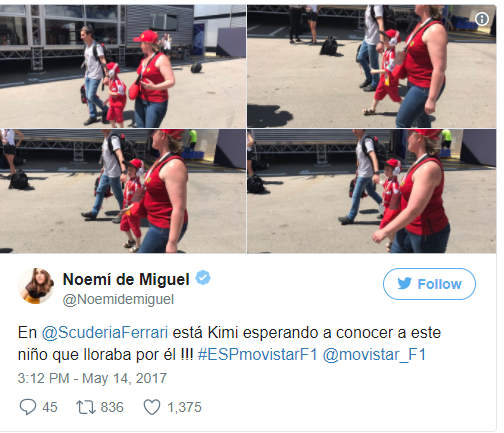 Each month, from August to December, the public can select their favourite from a shortlist of six videos, chosen by the sporting legends of the Laureus World Sports Academy. The five monthly winners will then go head-to-head in a final public vote, with the winner being announced at the 2018 Laureus Awards Ceremony.

Laureus Best Sporting Moments demonstrate qualities such as fair play, sportsmanship, drama and dedication, and look beyond the scoreboard or podium. They symbolise the true values of sport and bring to life the message that sport has the power to change the world.

Laureus Best Sporting Moment of the Year – Contenders for August

Report on that feel-good moment: