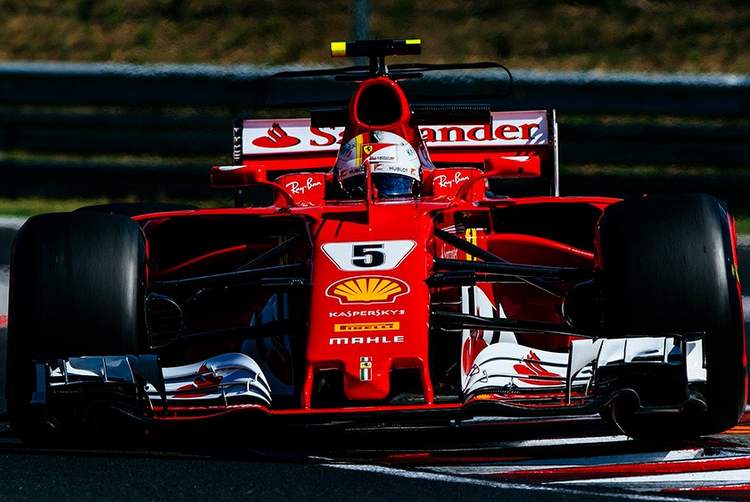 The final day of testing in Budapest was a tale of a remarkable return and an impressive arrival, as Robert Kubica returned to F1 testing for the first time in six years to set the day’s fourth fastest time, while 17-year-old Lando Norris finished in second place, just two tenths of a second behind pacesetter Sebastian Vettel.

Driving for Renault, Kubica, who had not driven a contemporary F1 car since suffering serious arm injuries in a 2011 rallying accident, set a best time of 1m18.572s to finish fourth on the timesheet, 1.448s adrift of Vettel. Kubica’s quickest lap was set on ultrasoft tyres towards the end of the day’s running.

Kubica is targeting a competitive return to F1 and his performance at today’s test – on a circuit where there tight and twisting layout would have provided a stern test of his fitness – is be an important indicator of his capabilities. IN such cicrumstances the Polish driver’s total of 142 laps across the day was impressive.

“It was a fantastic feeling for me to be here today in the RS17 and also it was amazing to see so many fans come to see me out on track, so thank you to all of them,” said Kubica. “It has been an incredible journey to this point, where I have answered many questions to myself. After today, it’s too early to say what the next step might be. For now, I owe a big thanks to everyone at Renault Sport Formula One Team for making this test happen.”

The Briton, who at the age of 14 became the youngest ever world karting champion and who last year won the Formula Renault Eurocup and NEC 2.0 titles, was testing a Formula One car for the first time as reward for winning the 2016 McLaren Autosport BRDC Award.

And the current FIA Formula 3 European Champion delivered a hugely impressive performance at the wheel of McLaren’s MCL32 car to finish just 0.261s behind the day’s fastest man, Sebastian Vettel.

Norris’ quickest lap was set on ultrasoft tyes, a step softer in Pirelli’s range than the supersofts utilised by Vettel for his fastest time, but even taking the performance difference of the tyres into account, ther 17-year-old’s F1 debut was eye-catching as he posted 91 laps.

Ferrari’s Kimi Raikkonen was third quickest ahead of Kubica, with Carlos Sainz fifth for Toro Rosso. The Spaniard’s team-mate Daniil Kvyat, who took over driving duties in the afternoon, finished the day in sixth place.

Force India’s Lucas Auer ended up seventh at the end of running, though all the DTM racer’s work had been done in the morning before handing over to Nikita Mazepin for the afternoon. The Russian finished in ninth behind Mercedes’ George Russell, who tested the Halo head protection device during the day. 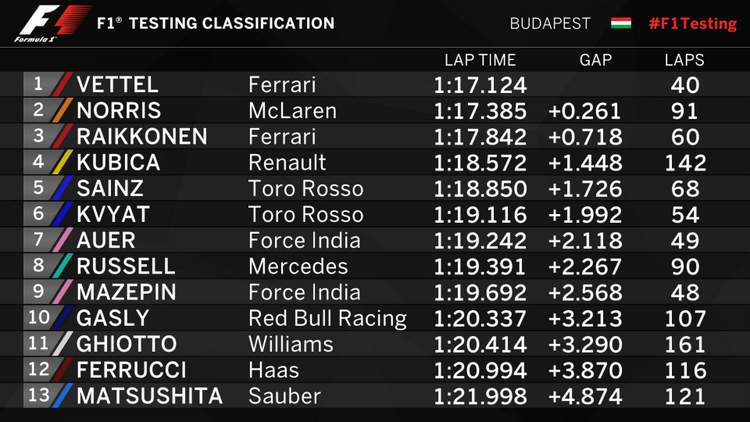