Kubica on road to Formula 1 return or just a pipe dream? 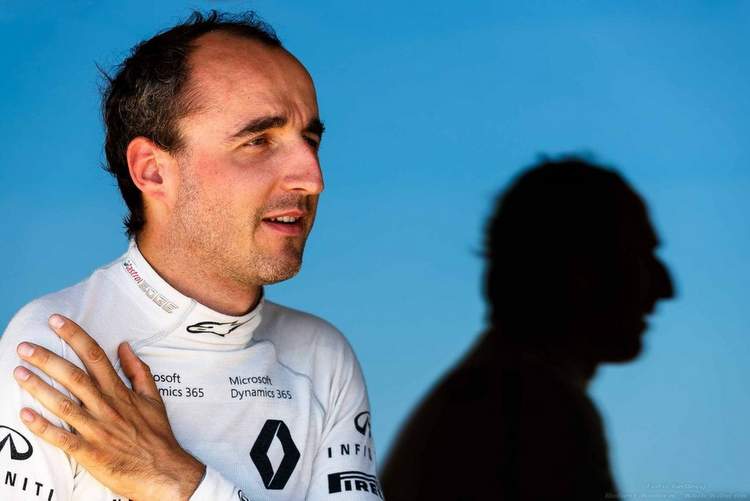 While others do routine Formula 1 testing this week in Hungary, it will mean so much more for Polish driver Robert Kubica.

Kubica, who last raced in F1 seven years ago, will drive the Renault F1 car on Tuesday in the first of two days of testing at the Hungaroring. If he does well, it will be another step toward F1 for Kubica – six years after sustaining serious right arm injuries.

“It’s nice to give him the opportunity to get back, get some mileage, see how he can handle it,” Renault technical director Nick Chester said. “It’s a good opportunity to see what he can do and whether he can come back to Formula One someday.”

The 32-year-old Kubica is being touted as a possible replacement for struggling British driver Jolyon Palmer next season, to drive alongside German driver Nico Hulkenberg in a quick-looking lineup for 2018. While the consistent Hulkenberg has scored 26 points with a best finish of sixth, Palmer has yet to score a point.

Kubica has been showing encouraging signs that his remarkable F1 return could happen. Renault’s managing director, Cyril Abiteboul, is eager to see what he can do in a 2017 car, having tested out a lighter 2012 F1 model in recent weeks.

Driving in the 2017 F1 car, with increased downforce and wider tires, would be more demanding on Kubica’s arm and test his fitness.

Still, Renault believes he can cope, albeit with a slightly adapted steering wheel.

“From what we’ve seen so far his mental fortitude is great, he’s pushed very hard to come back,” Chester said. “Physically, he’s passed all of his fitness tests and we’ve had to do very little to the car, so he’s actually managed pretty well in a modern F1 car.”

In February of that year, a high-speed crash at the Ronde di Andora rally left him requiring extensive surgery on his right arm. His right hand was partially severed, and he sustained further arm and leg fractures. He was trapped in the car for more than one hour and needed seven hours of treatment after being airlifted to the hospital.

It was initially feared he could lose his right hand, and a promising career came to a brutal halt.

Kubica earned 12 F1 podium finishes with his quick, flashy driving and was seen as one of the brightest talents in the sport. He won the Canadian GP driving for BMW Sauber in 2008, after a second-place finish at the Monaco GP in the previous race.

“Robert’s one of the quickest drivers I’ve ever raced against. Raw, natural talent. If he was still racing today he’d been in contention for a world title,” three-time F1 champion Lewis Hamilton said. “Not a lot of great, great drivers come through. Then you have real special drivers like him. I’ll have a keen eye on how he’s doing. It will be great if he’s able to (return).”

Big Question: Robert on road to Formula 1 return or just a pipe dream?