Hamilton: I think this break will be good 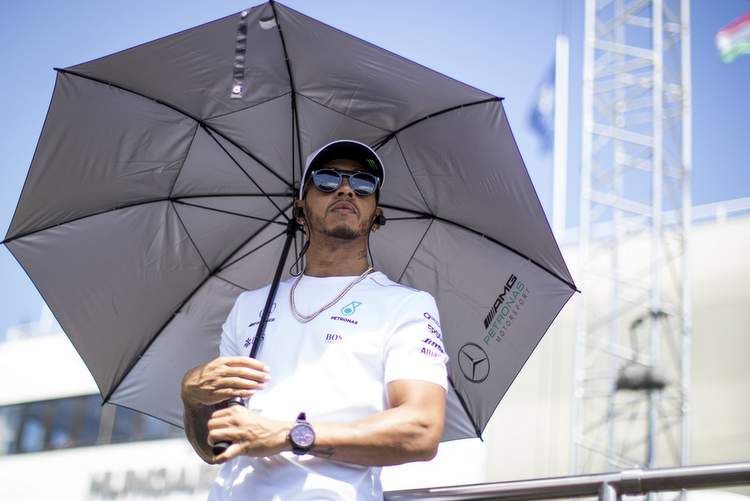 Heading into Formula 1’s mid-season break, Lewis Hamilton is completely drained after a topsy-turvy 11 races so far, with nine to come after a month off.

Hamilton trails F1 leader Sebastian Vettel by 14 points, with both drivers winning four races. But Mercedes has struggled with reliability issues on its tires and problems with car balance, all of which has taken its toll on Hamilton.

He clearly needs a rest before the tussle with Vettel starts again at the Belgian Grand Prix on 27 August.

“I definitely think it’s come at a good time. It’s been tough, physically, mentally and emotionally,” Hamilton said. “I think this break will be good. Recharge and come back hopefully fresh. I truly believe we have the capability of winning this championship.”

Hamilton finished fourth at the Hungarian Grand Prix, with Vettel winning from pole position ahead of Ferrari teammate Kimi Raikkonen.

Third place was possible for Hamilton, but he stuck to a gentleman’s agreement with Mercedes teammate Valtteri Bottas and let him past at the end. That was because Bottas had allowed Hamilton to overtake him earlier in the race to attack the Ferraris.

The decision raised eyebrows, considering how valuable the points were that Hamilton was essentially giving away to a main rival.

“It cost us three points and potentially the drivers’ championship, we are perfectly conscious about that,” Mercedes head of motorsport Toto Wolff said. “Nevertheless, it is how the drivers and the team operate. We stick to what we say. If the consequences are as much as losing the championship, we take it.”

That is quite some admission, but it shows – at least – that Hamilton and Bottas are there for each other.

“The truth is that if you miss out the championship by those three points everybody would point the finger to Budapest,” Wolff added. “It was a tough call to make, and probably the most difficult that we had to make in the last five years, but it was the right one in terms of our values.”

Ferrari certainly liked it. After the problems of last year, when Ferrari failed to win a race and finished third behind Red Bull and Mercedes in the constructors’ championships, things are looking up.

Ferrari has not won the drivers’ title since Raikkonen’s win in 2007, and its last constructors’ title came the following year.

Last year, Mercedes finished 367 points ahead of Ferrari, with the Silver Arrows winning 19 of 21 races.

The gap this season is only 39, in favor of Mercedes because Bottas has also won two races while Raikkonen has yet to win.

“You mustn’t forget where we were last year, and the step that Ferrari has made is bigger than anyone else,” Vettel said. “Over the winter, I think we were the team that made the least noise. There was a lot of talk about the new cars … We just kept to ourselves and did the job.”

Ferrari has closed the gap on Mercedes in terms of speed and the car seems more reliable and more flexible than Mercedes, which has struggled on twisting tracks like Hungary and Monaco where overtaking is difficult. There is another one of those coming at the Singapore GP in mid-September.

Before that, there is Belgium and then the Italian GP in Monza – Vettel’s home race.

“The mission has been to get back to the top,” the German driver said. “We got a 1-2 (finish in Budapest) but that’s what we want every weekend.”