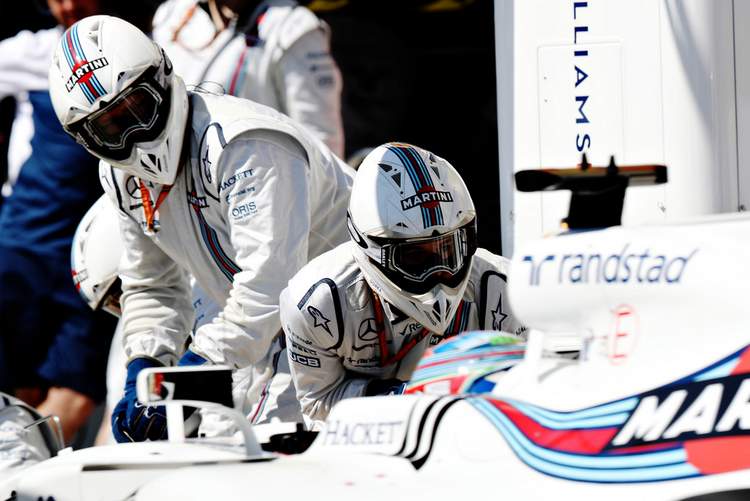 Williams once again put on a display of perfect teamwork in the Hungarian Grand Prix.

The British team executed the DHL Fastest Pit Stop for the seventh time in the eleventh race of the 2017 campaign. Paul di Resta, who stepped in for the indisposed Felipe Massa shortly before qualifying, was given a new set of tires on Lap 34 in just 2.29 seconds.

“It was obviously a very exciting day, but it was a very difficult day as well,” said di Resta. “Jumping straight in the car with no experience of the different tire compounds or running on high fuel, I wasn’t sure what to expect, so I went in with an open mind.”

However, the Scot failed to make it to the checkered flag, as an oil leak forced him to retire a few laps before the end of the race.

The second-quickest pit stop was also performed by the perfectly choreographed Williams crew. Lance Stroll’s tire change took 2.33 seconds – only slightly longer than that of his team-mate. 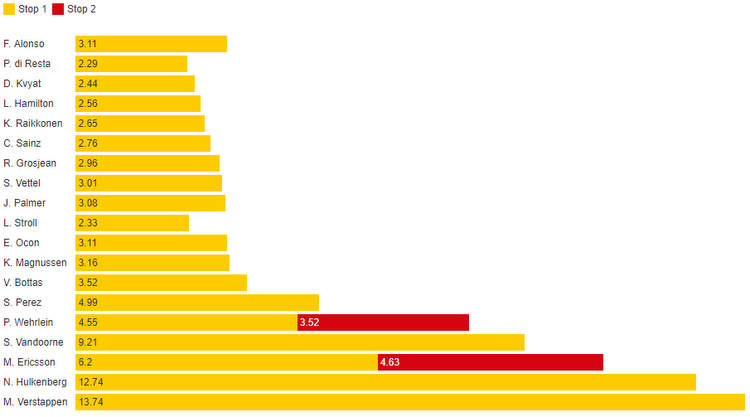 One Stop in Budapest

Despite the high surface temperatures of more than 50°C, the Budapest crowd saw a one-stop race. The decisive factor in this was the safety car deployment immediately after the start, which considerably reduced tire wear.

Of the 21 pit stops in the Hungarian Grand Prix, seven were completed in under three seconds. Race winner Sebastian Vettel took 3.01 seconds for his change of wheels, while his Ferrari team-mate Kimi Räikkönen was dispatched more promptly in a time of 2.65 seconds.

The double victory in Budapest has enabled Williams to further extend their lead in the DHL Fastest Pit Stop Award, and they now go into the summer break with a comfortable cushion. The Grove-based outfit are on 287 points while their closest pursuers, Mercedes, are some way back on 230. In third and fourth respectively are Red Bull (178) and Ferrari (119). 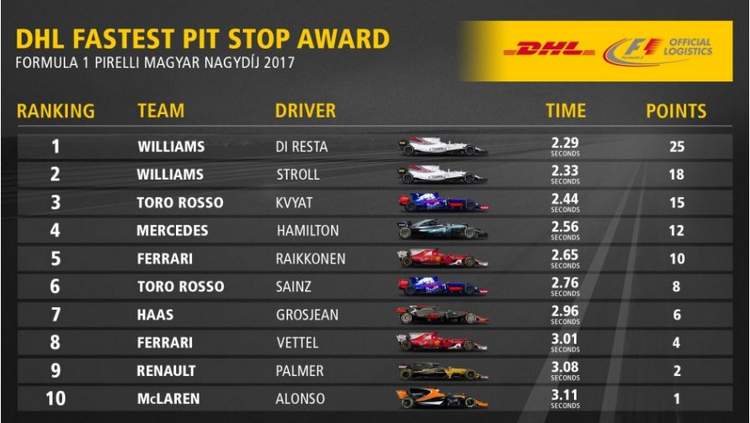