Vettel: It’s what I dream about to be honest 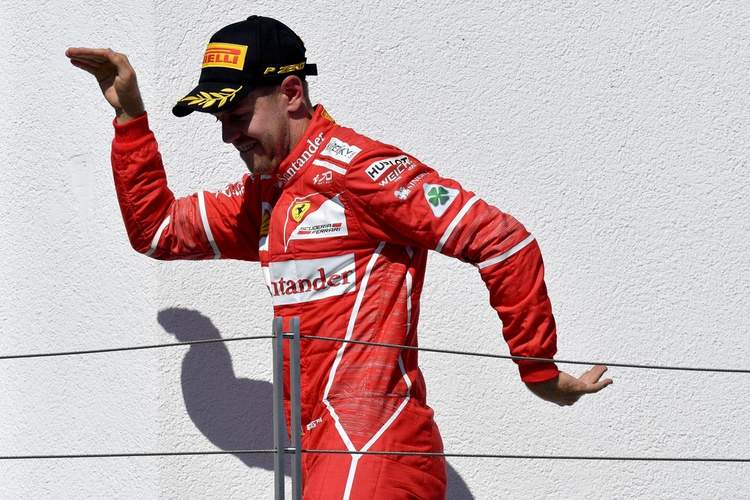 Sebastian Vettel will enjoy Formula 1’s August break as championship leader but he knows the job is only half done and it will not get any easier in the months ahead, however the German is adamant that he can win the title this year.

Vettel, a four-time F1 world champion with Red Bull, is unlikely to spend the vacation fretting about his future, however.

Out of contract at the end of the season, Vettel’s comments after winning in Hungary on Sunday did not sound like those of a man expecting anything other than a continued spell at Maranello.

Reports in Italy have already suggested that Ferrari, the sport’s most successful team, will confirm both Vettel and Finnish teammate Kimi Raikkonen at their home Italian Grand Prix in September.

Vettel has now won four of 11 races this season, making 2017 his best season with Ferrari, and has led the championship from day one in Australia.

He is 14 points clear of Lewis Hamilton, who shared the lead with him briefly after China in April but gifted Vettel three extra points on Sunday by handing back third place to his Mercedes teammate Valtteri Bottas.

Vettel does not have to worry about such displays of sportsmanship, the 30-year-old a clear No 1 at Ferrari, and can be single-minded about the remaining nine rounds.

“It’s what I dream about to be honest. I want to win so that’s where you want to be,” he told reporters on after the race in Hungary when asked whether the season so far had been more than he could have dreamed of after a barren 2016.

“The mission has been to get back to the top so obviously we had a great year, I’m only two and a half years in with the team,” he added.

“Over the winter I think we were the team that made the least noise… I was very happy that we just worked, we just kept to ourselves and did the job. We have a great car.”

Hungary, a slow circuit like Monaco where Ferrari also excelled, is very different from the next two high-speed races – Spa in Belgium and the flat out blast of Italy’s venerable Monza circuit.

Mercedes dominated in similar circumstances at Silverstone, where Hamilton savoured a home win, and the Briton can hope to level the points tally by the end of the first week of September.

He too will go away to recharge his batteries for the battle ahead, ready to deny Vettel a fifth title and secure his own fourth, “I definitely think it’s come at a good time. It’s definitely been a difficult season up to now.”

“This break I think will be really good for everyone to spend some time with family, recharge and come back fresh. I truly believe we have the capability of winning this championship. But it’s going to take absolutely 100 percent of everyone’s effort to pull it off,” added Vettel.

Big Question: What are the chances Seb will be world champion this year?