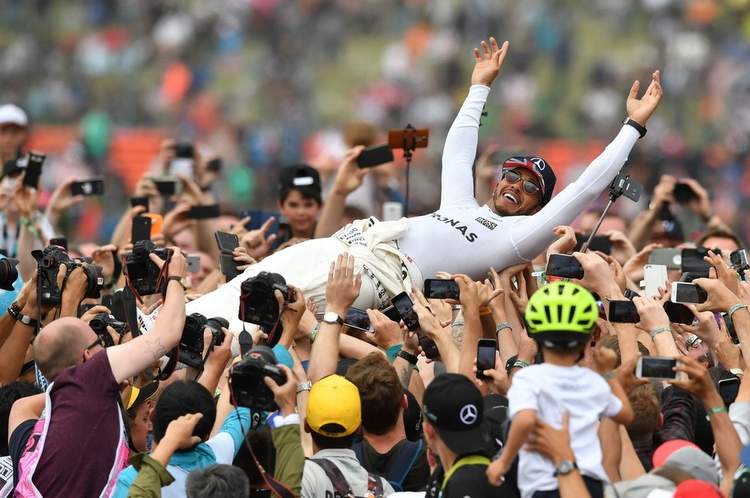 Lewis Hamilton has revealed that winning is no longer the be-all and end-all of his career in Formula 1, but also points out that people expecting him to fail motivates him to succeed.

Interviewed by his good buddy and tennis superstar Serena Williams for Interview Magazine, Hamilton said, “It used to be the be-all and end-all. You’ve trained, you’ve made the mistakes before, you know how not to do it, and then you do it again, and you fail in such a spectacular way. The fall feels like it’s never-ending.”

“It used to take me days to recover, literally. One time I didn’t leave my hotel room for four days, I was so stuck in my head. But now, with maturity and age, I’ve realised that winning isn’t everything.”

“It’s very much about the journey, particularly in my sport. There are so many people on my team, and I’ve got to be conscious of them. So while winning is definitely the ultimate goal, the lessons learned when I don’t win only strengthen me.”

At the same time the Mercedes driver conceded, “I feel like people are expecting me to fail, therefore, I expect myself to win. Everyone knows how good you are, and they’re just waiting for you to fall. I hate losing. It doesn’t matter if it’s racing or playing Ping-Pong, I hate it. You’re either first or you’re last.”

Asked if he remembers his first grand prix victory, he replied, “Yeah, it was in Montreal in 2007. I remember looking down from the podium and seeing my dad, and the smile on his face from ear to ear. He was the proudest person. I felt like I’d finally done everything he’d hoped and expected of me.”

“As a kid, there was a lot of pressure on me. My dad wanted me to have a better life than he had ever had. He wanted us to succeed so badly. And I never wanted to let him down. So to finally get up on that podium was really magical,” he recalled.

Since then Hamilton has added another 56 victories to that first one and collected three Formula 1 World Championship titles.Asked if he had any fears when he races, he said, “In my sport, I don’t. I don’t know what it is about me. When I was younger, my dad used to go: Is he really mine? Because this kid’s crazy.”

“I don’t know if you’ve ever been skiing, but if you go to the slope you’ll see all these kids fearlessly zooming by. It’s only when we get older that fear creeps in.”

“There are fears I have outside of racing, though, like spiders! When I’m in Australia, I check under the toilet seat. And more than anything, I fear not being as great as I know I can be.”

As for the future Hamilton divulged, “I’ve got five, six years left of my career in racing, and after that I want to avoid becoming a commentator or a manager.”

Big Question: Is Lewis getting soft?